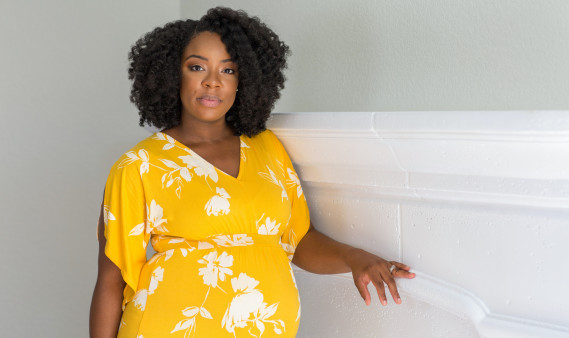 Low levels of choline and high levels of the stress hormone cortisol were found in African-American moms who gave birth early.

The stress of being Black in America can take its toll on both pregnant women’s health and that of their unborn children. Now new findings by researchers at the University of Colorado Anschutz Medical Campus, published in the journal Schizophrenia Bulletin, reveal that Black women are more likely to have lower levels of choline—an essential nutrient for neonatal brain development.

Pregnant women with lower levels of choline are at a greater risk of delivering babies an average of two weeks early, which increases babies’ risk of sustaining childhood mental health problems.

For their investigation, researchers surveyed 183 pregnant women. Results showed that choline levels in Black women were lower than levels in white women from the same neighborhood. Although these Black women didn’t report more stress, their cortisol levels were much higher.

Elevated levels of the stress hormone cortisol can cause a mother to hold choline in her liver instead of passing it to her newborn.

Another study of 166 pregnant Black women in Uganda found that choline levels were significantly higher in these women compared with African-American women. This led researchers to believe that high stress rather than ancestry determines the amount of choline Black women in America possess.

Researchers gave both groups of women instructions on how to increase choline in their diets. Investigators noted that Black women who received the choline supplements didn’t give birth prematurely, which resulted in their children suffering from fewer attention or social behavior problems by age 4.

“One of the possible causes of higher cortisol and lower choline levels in Black American women is the burden of institutional racism and the chronic subconscious stress that it causes,” said Robert Freedman, MD, a professor of psychiatry at the University of Colorado Anschutz Medical Campus and the lead researcher of the study. “We hope to get the word out to all women and especially to stressed, pregnant Black women that taking supplemental choline, in addition to the prenatal vitamins they already take, can significantly improve outcomes for their children.”