Careful When You Remove Hair Down Below

Ouch! Not only does it sound painful, but pubic hair removal may also boost the risk of a nasty viral infection that may also be sexually transmitted, according to a study published online in the journal Sexually Transmitted Infections and reported by Science Daily.

For the small study, researchers evaluated 30 patients (six were women and all averaged age 29.5) who visited a private skin clinic in Nice, France between January 2011 and March 2012 and developed an infection of molluscum contagiosum. The infection is a pox virus that’s commonly found in children and people with immune systems weakened by illness or drugs.

Researchers found that among the 30 patients, most had their pubic hair shaved. The others opted for clipping or waxing. Scientists said that the infection is easily spread by scratching and suggested that the microscopic tears to skin caused by the hair removal techniques helps to transmit the virus.

Signs of the infection include small, white bumps (papules) that can spread up to the abdomen and thighs. In addition, symptoms may include ingrown hairs, warts, cysts, scars and folliculitis, a bacterial skin infection.

According to researchers, the reasons why people choose to remove hair from their genitals is unclear, “but may be linked with Internet-based pornography…increased sexual sensation…an unconscious desire to simulate an infantile look…or a desire to distance ourselves from our animal nature.”

While for some these reasons may apply, this isn’t the case for everyone. Many people may prefer a hairless look entirely for other reasons. 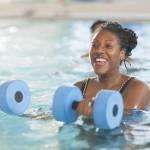