In a joint letter to President Joe Biden, 33 provider groups warned that emergency departments are fast becoming “gridlocked,” threatening the lives and well-being of both patients and health care workers.

“In recent months, hospital emergency departments (EDs) have been brought to a breaking point. Not from a novel problem—rather, from a decades-long, unresolved problem known as patient ‘boarding,’ where admitted patients are held in the ED when there are no inpatient beds available,” provider associations wrote in the letter. “While the causes of ED boarding are multifactorial, unprecedented and rising staffing shortages throughout the health care system have recently brought this issue to a crisis point.”

The provider associations, including the American Psychiatric Association, the American College of Emergency Physicians and the American Medical Association (AMA), said boarding “has become its own public health emergency” for patients of all ages. However, children may be especially vulnerable, as the recent “triple threat” of flu, COVID-19 and respiratory syncytial virus has led to a spike in pediatric patients nationwide .

“If the system is already this strained during our ‘new normal,’ how will emergency departments be able to cope with a sudden surge of patients from a natural disaster, school shooting, mass casualty traffic event or disease outbreak?” the groups asked.

The letter included firsthand accounts from anonymous emergency physicians admitting that some patients had had to wait as much as 12 hours to be seen by a physician while their health worsened.

One emergency physician said that at one point, their “22-bed emergency department had 35 boarders and an additional 20 patients in the waiting room.”

“In addition, we have patients who unfortunately have died in our waiting room while awaiting treatment. These deaths were entirely due to boarding,” the physician added.

Boarding also increases the stress levels of doctors, nurses and other medical staff and causes “stresses and moral injury that go well beyond everyday practice,” the letter states. A physician from the American College of Emergency Physicians said it was “demoralizing” to have to apologize profusely to patients who have waited hours to be seen.

According to the AMA, nearly two thirds of physicians admitted they felt burned out in 2021, and a recent survey of nurses found that two thirds of those polled said they were likely to quit in 2022 due to burnout.

The 33 groups called on the Biden administration to hold a meeting with industrywide stakeholders “to identify immediate and long-term solutions to this urgent problem.”

Experts Warn of “Tripledemic” of COVID-19, Flu and Respiratory Illness 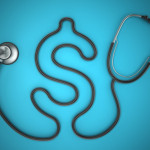