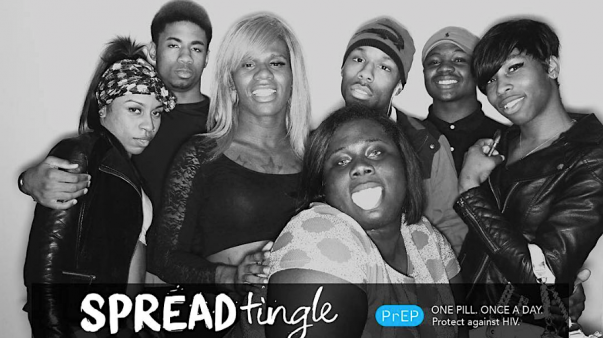 Is the “PrEP4Love” Campaign Reaching Those Who Need It Most?

The Chicago-based HIV-prevention effort garnered about 41 million views in its first four months alone. And that’s not all.

The social marketing campaign “PrEP4Love” successfully raised awareness of Truvada as PrEP (pre-exposure prophylaxis) as an HIV-prevention tactic, according to the results of a recent study conducted by the Chicago Center for HIV Elimination (CCHE), reports the AIDS Foundation of Chicago.

The CCHE study also showed that a large proportion of visitors returned to the site and that visitors spent increasingly more time on the site.

Perhaps most significantly, the page listing health care providers willing and able to prescribe PrEP was found to be the most popular on the website, indicating that visitors were actively interested in getting a prescription for PrEP.

Additionally, data sourced from the campaign’s PrEPLine, a phone number that connects callers with PrEP resources in their area, indicated that many callers were transgender women of color, Black heterosexual women, and Black men who have sex with men—exactly the demographic the campaign was designed to reach.

This discovery is especially promising given that Black and same-sex-loving communities in Chicago (and the United States in general) are disproportionately affected by the epidemic. In 2017, for example, the Centers for Disease Control and Prevention reported that Black people accounted for 13% of the U.S. population but 43% of all new HIV diagnoses.

In light of these findings, the study concluded that “grassroots-organized social movements promoting health equity can successfully sidestep the increasing power of commercial and market interests in shaping public health interventions.”

The citywide campaign was launched in 2016 by the Chicago PrEP Working Group (now the Illinois PrEP Working Group). “PrEP4Love” was advertised primarily on trains and buses, via digital campaigns and at pop-up events. The ads featured “intimate photos of individuals from Chicago communities that are especially vulnerable to HIV, particularly young, Black, gay and bisexual men and other men who have sex with men, transgender women of color and Black heterosexual women.”

#catchdesire ???? www.prep4love.com Chicago PrEP line 872-215-1905 . . ???? One Pill, Once a Day. PrEP is a once-a-day #HIVprevention pill that is up to 99% effective when taken consistently. . . ???? PrEP Is for HIV-Vulnerable People. PrEP can be for any sexually active #HIV-negative person, regardless of sexual orientation or gender identity. PrEP is FDA-approved for adults and adolescents. . . ???? You’re in Control. PrEP helps you take control of your health and connects you with health providers to help keep you on track. . . ???? It’s Covered. PrEP is covered by most insurance plans as well as Medicaid. There are also payment assistance programs available for people who are insured or uninsured. . . #prep4love #prepworks #prepwarrior #onepillonceaday #chicagoprepline #blackwomenrock #blackwomenarebeautiful #blackgirlmagic #blackjoy #blacklove #blacklivesmatter #protectagainsthiv #dailyblue #truvada #swallowdaily #swallowdontspit #sexpositive #sexualhealth #pleasure #relationshipgoals #spreadtingle #contractheat #transmitlove #resilient #thriving #unapologetic ????????????????????????

When taken daily as prescribed, PrEP, reduces the risk of contracting HIV by 99% or more among men who have sex with men and 90% or more among women. (The risk reduction for women may very well be greater than 90%, but currently available research is insufficient to refine the estimate.) PrEP also reduces the risk of contracting HIV via use of contaminated needles by more than 70%.

The success of PrEP4Love could potentially foreshadow an increase in the use of sex-positive, identity-affirming marketing campaigns as messaging tools in the public health sphere.

#repost: “On May 9, the U.S. Department of Health and Human Services (HHS) and Gilead Sciences announced that Gilead will provide free PrEP to 200,000 uninsured people on an annual basis. While there are many details to be determined, the AIDS Foundation of Chicago (AFC) is cautiously optimistic that this move will expand access to PrEP for people who are most vulnerable to HIV. —— Free PrEP alone won’t move the needle toward ending the HIV epidemic. For many years, Gilead has offered free PrEP to people who are uninsured through its patient assistance program. While people vulnerable to HIV can access free PrEP today, multiple systemic barriers - such as associated medical visits, lab costs, and stigma - prevent them from taking it. We urge the federal government and Gilead to do more to make a substantial impact. Efforts should include immediately raising awareness about the availability of free PrEP through new or existing programs, making quarterly medical visits and labs free for people who are uninsured or face unaffordable out-of-pocket costs, educating health care providers to openly and honestly talk about sex with their patients, and addressing the stigma of HIV as it’s experienced by different communities disproportionately impacted by HIV. —— This news comes on the heels of Gilead’s announcement earlier this week that a generic medication for PrEP will be available a year earlier than expected. Between the two announcements, AFC is hopeful that PrEP will be more accessible to people who are vulnerable to HIV.” . . Visit the #linkinbio to read more of @aidsfoundationchicago response to Gilead Sciences announcement to providing free PrEP to 200,000 uninsured people. . . If you are an Illinois resident, your PrEP prescription is FREE. Visit www.prep4love.com or call ☎️Chicago PrEP line 872-215-1905 . . #transmitlove #spreadtingle#catchdesire #contractheat#HIVprevention #Truvada #prepworks#dailyblue #onepillonceaday#protectagainsthiv