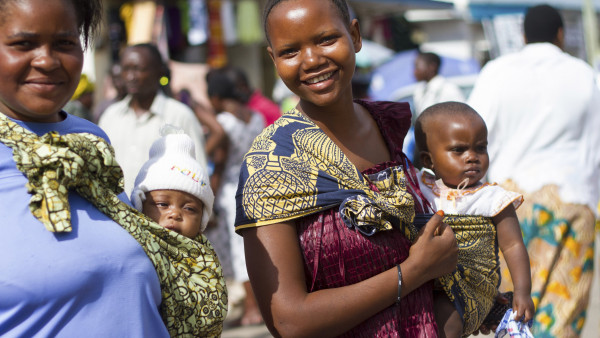 Children born to mothers on PrEP appeared to have normal growth and cognitive development.

Children born to women using oral pre-exposure prophylaxis (PrEP) showed no differences in growth or neurodevelopmental outcomes compared with children whose mothers did not take HIV prevention pills, according to research presented at the 24th International AIDS Conference in Montreal.

PrEP dramatically reduces the risk of HIV acquisition for women as well as men. For more than a decade, the federal government and the World Health Organization (WHO) have recommended that pregnant and breastfeeding women at risk for HIV should be offered PrEP using daily tenofovir disoproxil fumarate/emtricitabine (TDF/FTC; Truvada and generic equivalents), but outcomes among children exposed to PrEP before birth have not been extensively studied. In July, WHO added a recommendation for long-acting injectable cabotegravir (Apretude) for PrEP but noted that data on safety during pregnancy is lacking.

Pregnant women were excluded from early PrEP clinical trials, and those who become pregnant during the studies stopped the drugs promptly, so prenatal exposure was brief. Later studies of PrEP during pregnancy followed babies for only a year after birth. However, no safety issues have been observed in real-world use.

TDF/FTC has been widely used as a component of antiretroviral treatment for HIV-positive pregnant women. It is considered generally safe for both mothers and babies, though some studies have seen minor bone loss in exposed infants.

Laurén Gómez, of the University of Washington in Seattle, presented findings from an analysis of outcomes among children born to a subset of women enrolled in the PrIMA study of targeted prenatal PrEP implementation (NCT03070600). HIV-negative women were offered TDF/FTC PrEP during pregnancy at 20 public maternal-child health clinics in Western Kenya. Mother-child pairs were initially followed for nine months after delivery; a subgroup at four sites are being followed until the child’s fifth birthday.

This preliminary analysis included 664 mother-child pairs. The mothers’ median age was approximately 28 years and the children’s median age was 26 months. Of these, 17% of the women used PrEP during pregnancy. They generally started PrEP later in pregnancy (at 27 weeks) and used it for a median duration of 2.4 months while pregnant.

Trained study nurses performed anthropometric measurements of the children, including height and weight, and assessed their neurological development using the standard Ages and Stages Questionnaire (ASQ).

At the 24-month visit, there were no significant differences in average weight or height, the likelihood of being underweight or the rate of stunted growth between children exposed to PrEP and those who were not exposed. What’s more, prenatal PrEP exposure was not associated with differences in ASQ score. Results were similar for those who reached their 30-month and 36-month visits.

“Among Kenyan mother-child pairs followed from pregnancy through early childhood, we found no differences in growth or neurodevelopmental outcomes between children with and without prenatal PrEP exposure,” the researchers concluded. “Our results support prior data indicating safety of prenatal PrEP use.”

Gómez acknowledged that a low percentage of women in the study opted to use PrEP, and they generally did so for a short time. The researchers hope to enroll more than 500 additional mother-child pairs for five years of follow-up, and they plan to assess children’s bone mineral density, among other outcomes.