Pennsylvania Is the Latest State to Declare a Hepatitis A Outbreak

Pennsylvania health authorities have declared a statewide outbreak of hepatitis A virus (HAV), making the state the 24th in the country to declare an outbreak of the liver virus since mid-2016, Philadelphia’s Morning Call reports.

According to an official declaration made last week, Lehigh and Northampton are among 36 Pennsylvania counties with confirmed hepatitis A cases. Berks, Bucks, Monroe, Montgomery and Schuylkill have also reported between one and 10 cases of the liver virus over the past year. Of the 171 cases recorded in Pennsylvania since January 2018, most have been clustered in the Philadelphia and Pittsburgh areas. Officials say the exact source of the outbreak remains unclear.

Hepatitis A is often spread through food and drinks contaminated by fecal matter from a person with the virus. HAV can also be spread through sex, close personal contact and injection drug use. Many of the states that have declared outbreaks have linked the rise in cases to an uptick in opioid addiction and homelessness across the country—two risk factors for viral hepatitis.

Moving forward, Pennsylvania plans to distribute doses of the hepatitis A vaccine (which provides protection against the virus in as quickly as two weeks) to drug treatment centers and homeless shelters. Authorities are also underscoring the importance of handwashing and proper hygiene.

Health officials say there have also been increases in HIV, hepatitis B virus (HBV) and hepatitis C virus (HCV) throughout Pennsylvania. To learn more about hepatitis prevention, click here. 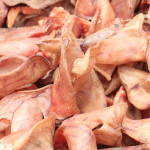