Over-the counter nonsteroidal anti-inflammatory drugs can cause serious side effects.

Nonsteroidal anti-inflammatory (NSAID) drugs, such as ibuprofen (Advil, Motrin) and others (Aleve, aspirin), are commonly used to relieve pain, decrease fever and reduce inflammation. But excessive doses of these pills increase the risk of severe health problems, such as gastrointestinal bleeding and heart attacks, suggest new findings published in Pharmacoepidemiology and Drug Safety, reports Reuters.

For the study, researchers asked more than 1,300 people who took ibuprofen in the previous month to complete online medication diaries every day for one week. Participants continued to take ibuprofen during that time; 87 percent used only over-the-counter, or nonprescription, versions of the drug.

Overall, 55 percent of the individuals consumed ibuprofen at least three days each week, and 16 percent popped the pills every day. What’s more, 37 percent of participants also took at least one other non-ibuprofen NSAID during the week. (Less than half of these folks knew the additional drugs they swallowed were also NSAIDs.)

Scientists also noted that about 15 percent of the adults who took ibuprofen or other NSAIDS exceeded the maximum recommended daily dose for the painkillers.

“These drugs can have serious side effects, including gastrointestinal bleeding and heart attacks, and are often taken without medical oversight because many products are available over the counter,” said David Kaufman, ScD, of Boston University, the lead study author. “The attitude that users can choose their own dose regardless of label directions, along with poor knowledge of dosing limits, is associated with exceeding the daily limit.”

This is why people can easily overdose on NSAIDs and why the drugs shouldn’t be sold over the counter, said a few other researchers not involved in the study.

Click here to learn when it’s better to take Advil or Tylenol for pain relief. 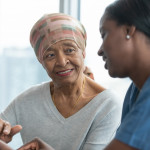