Older Physicians May Be Linked to Higher Patient Mortality Rates

Those under the care of older physicians may suffer an increased risk of death, according to a recent study published in the British Medical Journal. New findings suggest that younger doctors are more experienced when it comes to newer practices and technologies, which may put patients with older doctors at a disadvantage, reports CBS News.

For the study, researchers from the Harvard T.H. Chan School of Public Health reviewed data about more than 736,000 Medicare patients 65 years and older. These patients were treated between 2011 and 2014 by almost 19,000 hospital physicians who were 41 years old on average. Scientists observed readmission rates and costs of care for patients and deaths that occurred within 30 days of an individual’s admittance to the hospital.

“Medical technologies are evolving all the time, and it might be harder for older doctors to keep up with the evidence,” suggested Yusuke Tsugawa, MD, MPH, a study author. “And new guidelines are updated every five to 10 years. Newer doctors train based on the newest evidence and skills and technologies. Therefore, they may be more up-to-date when they start providing care.”

Interestingly, researchers noted that even within the same hospital system, patients treated by older doctors showed a higher mortality rate than patients cared by younger physicians. But scientists also observed that older doctors who treated a high volume of patients didn’t tally up higher death rates.

Scientists concluded that while the study offered noteworthy findings, the subject needs to be researched further as results may be different for non-Medicare patients, patients treated by specialists and doctors in other countries.

Researchers also proposed that the results they observed may reflect differences in training between younger and older doctors rather than that senior physicians don’t offer their patients quality care.

Click here for 10 things you should know before your next doctor’s appointment. 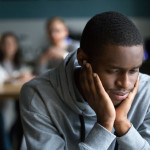 Racism Is Morally Reprehensible. Does It Also Pose Health Risks?

How Young Adults With Obesity Might Avoid Dying Early