The protein vaccine was 96% effective against the original SARS-CoV-2 coronavirus, but less so against new variants.

An experimental vaccine from Novavax has demonstrated the highest effectiveness yet seen against the original SARS-CoV-2 coronavirus, according to a company announcement. Efficacy dropped substantially against the viral variant first detected in South Africa, but even so, the vaccine offered full protection against severe disease.

All of the first-generation COVID-19 vaccines teach the immune system to recognize and produces antibodies against the SARS-CoV-2 spike protein, which the coronavirus uses to enter cells. They also trigger long-lasting T-cell responses.

The Novavax vaccine (NVX-CoV2373) directly injects an engineered version of the spike protein produced in moth cells plus an adjuvant that strengthens the immune response. This stand-alone protein cannot replicate in the body and cannot cause COVID-19.

A Phase III trial of the Novavax vaccine in the United Kingdom enrolled more than 15,000 adults (ages 18 to 84), including 27% over age 65. The participants were randomly assigned to receive two doses of the vaccine, spaced three weeks apart, or a placebo.

What’s more, when the results were broken down by the type of virus, effectiveness rose to 96% against the original SARS-CoV-2 strain but fell to 86% against the B.1.1.7 variant first identified in the U.K. in December; four of the five severe cases were attributed to this variant.

Results were not as impressive in a Phase IIb trial in South Africa, which enrolled nearly 3,000 people. In this study, about 8% were living with HIV, and about a third tested positive for SARS-CoV-2 antibodies at study entry, presumably against the original strain. At the time of the trial, the B.1.351 variant was responsible for a majority of local COVID-19 cases. Again, the participants were randomized to receive two doses of the vaccine or a placebo.

In this study, the overall effectiveness was 49%. Of the 147 cases of symptomatic COVID-19, 51 occurred in the vaccine group versus 96 in the placebo group. Here too, all five severe cases occurred in the placebo group. When the analysis was limited to HIV-negative participants, efficacy rose to 55%, indicating that the response rate was lower among the 240 people with HIV.

The vaccine was safe and well tolerated in both studies, with adverse events being infrequent and balanced between the vaccine and placebo groups, according to Novavax.

“We are very encouraged by the data showing that NVX-CoV2373 not only provided complete protection against the most severe forms of disease, but also dramatically reduced mild and moderate disease across both trials. Importantly, both studies confirmed efficacy against the variant strains,” Novavax president and CEO Stanley Erck said in the March 11 press release. “Today marks one year since the WHO officially declared the COVID-19 pandemic, and with this data in hand, we are even more motivated to advance our vaccine as a potential weapon in the fight to end the suffering caused by COVID-19.”

Comparing the effectiveness of the vaccines is not so straightforward because they were evaluated under different conditions and the trials did not use the same endpoints.

The Pfizer-BioNTech and Moderna vaccines use a similar technology, were evaluated around the same time and appear to be more or less equal in terms of efficacy—95% and 94%, respectively—and side effects.

The effectiveness of the Novavax vaccine against the original SARS-CoV-2 strain compares favorably to the rates seen in the Pfizer-BioNTech and Moderna trials, which were conducted before the new variants were widespread.

The single-shot Johnson & Johnson vaccine was 66% effective overall in studies in the United States, Central and South America and South Africa, which were done when variants were circulating. Those studies looked at prevention of moderate to severe COVID-19, not any symptomatic disease. While this vaccine was evaluated and authorized as a single shot, the company is also testing a two-dose regimen that could boost its effectiveness.

Like the Johnson & Johnson vaccine, the Novavax vaccine can be stored in a standard refrigerator and is easier to transport and distribute than the more fragile mRNA vaccines, which must be kept at super-cold temperatures.

The bottom line is that all four vaccines were highly effective against severe disease and hospitalization and fully protected recipients against death from COVID-19.

Ok, here is new table with updated Novavax results (https://t.co/WpmK5cOhre) where 5 severe outcomes in UK trial; 5 in SA trial, all in placebo arm (none in vaccine; most strains in SA were B.1.351). These vaccines really protect from severe disease even with variants pic.twitter.com/ojl68YcqGE

Public health experts are urging people to take whatever vaccine they are offered as soon as they are eligible. Increasing the number of vaccinated people would contribute to herd immunity and reduce opportunities for the virus to replicate and develop new, potentially more vaccine-resistant or more deadly, variants.

As of mid-March, around 71 million Americans have received at least one dose and more than 38 million are fully vaccinated, according to the Centers for Disease Control and Prevention’s vaccine tracker.

Novavax, based in Gaithersburg, Maryland, is a relatively young company that has yet to produce an approved vaccine. It is also developing vaccines for influenza, Ebola virus and Zika virus. The company said it is working on modified formulations of it SARS-CoV-2 vaccine to target the new variants.

The PREVENT-19 trial, which began in December 2020, is evaluating the original vaccine in the U.S. and Mexico. It is not clear whether Novavax plans to request Food and Drug Administration authorization based on the U.K. data or wait for U.S. trial results later this Spring. The company expects to have tens of millions of doses ready to ship upon authorization, Erck told Reuters. 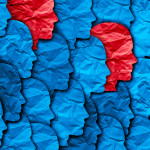