Always exhausted and don’t know why? A new in-house study at the National Institutes of Health (NIH) is aiming to unravel a mysterious, yet serious illness known as “chronic fatigue syndrome” that medical experts estimate could affect at least 1 million people in the United States alone, NPR reports.

Symptoms of the condition, which is officially termed “myalgic encephalomyelitis/chronic fatigue syndrome,” or ME/CFS for short, include flu-like symptoms such as exhaustion, muscle pain and fever, as well as dizziness, “brain fog” and gastrointestinal issues that last six months or longer. But ME/CFS is notoriously hard to diagnose. Symptoms vary widely from person to person and can also overlap with a wide variety of other illnesses—from West Nile virus to multiple sclerosis.

The first phase of the NIH study will last about three to five years and focus on finding biological markers for the illness. Next, researchers plan to use that information to identify a larger population with the condition and repeat the studies for confirmation. Then, in a third phase, the NIH hopes to test several interventions to see if people’s symptoms improve.

NIH researchers said they wanted to confirm or debunk current hypotheses that link chronic fatigue syndrome with a certain type of immune dysfunction. That theory states that in contrast to people with normal immune systems, which act quickly to quell an infection and then subside, there is a subset of individuals whose immune systems may overreact and cause a lot of collateral damage in the body following an illness.

“We think it’s unlikely there’s persistent infection,” said lead study author Avindra Nath, MD, PhD, chief of the Section of Infections of the Nervous System and clinical director of the National Institute of Neurological Disorders and Stoke. “Our hypothesis is that there’s an infectious process that triggers it, and after that the infection is gone but the symptoms persist.”

Researchers also believe there are many possible triggers for ME/CFS as opposed to one single virus or another cause of infection.

In the meantime, preliminary findings on ME/CFS show that certain treatments, including anti-viral therapy used early in the course of the disease, and very potent immune system drugs used to treat cancer, can produce successful results. But those mostly small studies weren’t repeated by other research groups.

Click here to learn about the role chronic fatigue plays in lupus, another illness that involves the immune system. 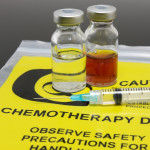 Cancer and Quality of Life: Side Effects