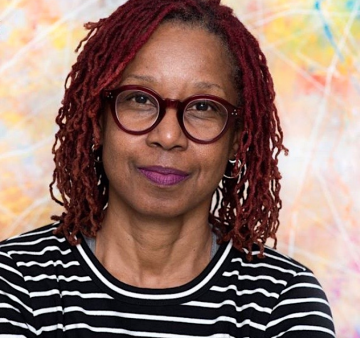 Venita Ray is a well-known HIV advocate, attorney and recent POZ 100 cover model, and, starting this month, she’s also the first-ever deputy director for Positive Women’s Network–USA, according to a PWN-USA press release.

“Venita brings expertise as a fierce community organizer, with a lifetime commitment to social and racial justice. She has served as a mentor to many people living with HIV and is not afraid to ask hard questions in service of a larger vision,” said Naina Khanna, executive director of PWN-USA, in the press release. “That leadership is exactly what PWN needs in this political and organizational moment, and we could not be more honored to have her joining our staff team.”

Ray was diagnosed with HIV in 2003 while working as an assistant attorney general for the District of Columbia. She later moved to Texas, where in 2016, she led an effort to end HIV in Houston. For the past four years, she has worked as the public policy manager for Legacy Community Health, focusing on HIV-related policies and advocacy training.

And for a related article, check out “The 6 Priorities on PWN-USA’s Updated Policy Agenda.”