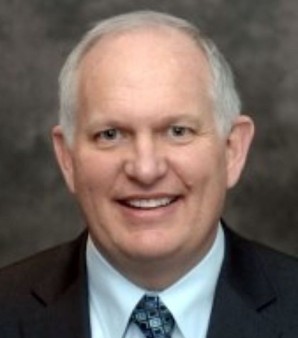 Don Wright, MD, MPH, is the acting secretary of the U.S. Department of Health and Human Services. Courtesy of HHS

Since Tom Price, secretary of the Department of Health and Human Services (HHS), resigned on Friday amid criticism for taking taxpayer-funded charter flights, President Trump has designated Don Wright, MD, MPH, as acting secretary of the department.

Wright has served at the department for nearly a decade and had until now acted as assistant secretary, according to a White House press release. As USA Today reports, his career has focused on public health, occupational health, health policy, disease prevention and health promotion. He also oversaw efforts to battle research misconduct. Originally from Texas, he was appointed to the federal government by then-President George W. Bush.

The HHS secretary oversees not only the Affordable Care Act (ACA, or Obamacare) but also Medicaid and Medicare and has considerable influence over the Centers for Disease Control and Prevention (CDC), the Food and Drug Administration (FDA) and the National Institutes of Health (NIH).

From the beginning, Price, a Republican from Georgia, had been a controversial pick to run HHS. For more about that, click here.

After Wright’s appointment as acting secretary, Richard Wolitski, PhD, the director of the HHS Office of HIV/AIDS and Infectious Disease Policy, posted this message on HIV.gov:

As you may already know, Dr. Don Wright was appointed Acting Secretary of the Department of Health and Human Services on Friday, September 29. I was very pleased when I heard the news. I have worked closely with Dr. Wright on a variety of issues since I joined the Office of the Assistant Secretary for Health (OASH). When I arrived in January 2016, I was selected to serve on the OASH Quality Improvement Committee, which Dr. Wright chaired that year. It was while working on that group that I came to appreciate his deep commitment to improving the efficiency and effectiveness of the work that OASH does. As directors of OASH offices, we were often in meetings together and worked on a number of collaborative efforts. I’ve worked most closely with him since February 2017, when he became the Acting Assistant Secretary for Health (ASH). This made him my boss, and I have met with him at least weekly since then. He has been a great supporter of our work in this role; he provided valuable guidance and helped solve problems that made it possible for us to be more effective in our work. All of us in OHADIP look forward to Dr. Wright’s continued leadership and to giving our support as he and the other leaders of the Department work together to fulfill our mission of enhancing and protecting the health and well-being of all Americans.

In other HIV-related federal news, Trump, via an executive order issued on September 29, continued 32 advisory committees that were set to expire, including the Presidential Advisory Council on HIV/AIDS (PACHA), according to HIV.gov. PACHA, which consists of 25 members, including the chairperson, provides recommendations and information to the HHS secretary. PACHA began in 1995, though AIDS advisory councils have existed since 1987, when Reagan established the Presidential Commission on the AIDS Epidemic.

This summer, six PACHA members resigned in protest of the Trump administration. One of those was Scott Schoettes, HIV project director at Lambda Legal. “As advocates for people living with HIV, we have dedicated our lives to combating this disease and no longer feel we can do so effectively within the confines of an advisory body to a president who simply does not care,” wrote Schoettes in a Newsweek op-ed.