Specialized training is needed to educate dermatologists about differences between Black and white skin and hair.

All groups of people face skin and hair problems that sometimes require the help of a dermatologist. But Black patients often report negative experiences with some of these doctors who don’t understand the differences between Black and white skin, according to new findings published in JAMA Dermatology, reports Reuters.

For the assessment, researchers conducted focus groups and surveys among patients being treated at a facility that specializes in treating patients with pigmented skin, known as a skin of color clinic. The focus groups consisted of four to 12 individuals with similar backgrounds. About 74% of participants had previously received care at other clinics, which allowed investigators to compare their experiences being treated by a Black dermatologist with their experiences being treated by doctors of other races.

Most folks preferred a dermatologist who was of their own race for a number of specific reasons. For example, some said they’d encountered doctors who didn’t seem comfortable touching their skin or who avoided skin contact altogether. Others recalled docs examining their hair with the end of a pencil or not at all. In addition, participants also expressed frustration with dermatologists who lacked knowledge about how Black skin and hair should be cared for or treated.

“It’s important to have dermatologists who are specialized in the care of people [from other races],” said Stavonnie Patterson, MD, a dermatologist with Northwest Community Healthcare in Illinois and the study’s senior author.

Patterson said she believes that anyone can be trained to take care of another person, regardless of race. But she also noted that dermatologists must be trained to understand the differences in Black and white skin and hair as well as that sometimes, certain conditions may require different treatments depending on a person’s race.

Susan Taylor, MD, an associate professor at the Perelman School of Medicine at the University of Pennsylvania in Philadelphia, who wrote an editorial accompanying the study, observed that as of 2016, only 3% of U.S. dermatologists were Black, while African Americans accounted for 12.8% of the population. This means that it can be difficult for Black folks who want same-race dermatologists to get their preference.

Click here to learn some basics about skin health. 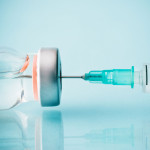