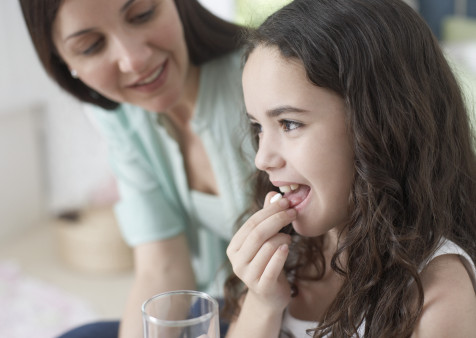 Kids Are Being Prescribed Unnecessary Opioids for Certain Oral Treatments

Dental procedures account for a large amount of opioids prescribed to children that they don’t need.

As the opioid epidemic rages on, a new study published in the journal Pediatrics reveals that some dentists prescribe these powerful painkillers unnecessarily to many children, reports HealthDay.

For the study, researchers reviewed the medical records of children from Tennessee ages 2 to 17 who were enrolled in Medicaid between 1999 and 2014. Participants didn’t have severe conditions and weren’t diagnosed with substance abuse disorders.

An estimated 15 percent of children received an opioid prescription in a given year. Overall, more than 1.3 million prescriptions for opioids were given to these kids during that time period.

Moreover, researchers found that one in every 2,611 opioid prescriptions doctors wrote during the study landed a child in the hospital and noted that three children died.

“A huge chunk of the opioids out there come from dentists,” said Elliot Krane, MD, a professor of anesthesiology and a pain management specialist at Stanford University, who wrote an editorial accompanying the study. “A dentist will remove a child’s wisdom teeth and then give them a week’s worth of Vicodin.”

He added, “Opioids are not even the best medicine for oral pain, and after a wisdom tooth extraction you need analgesics for a couple or three days but not necessarily for a whole week.”

Krane doesn’t believe opioid use among children is necessarily a public health risk. But he does recommend that more research be done to determine the quantity of painkillers needed for different procedure, as well as whether opioids are appropriate for doctors to prescribe in specific instances.

Click here to learn how a global boom in opioid production may play a role in prescription drug abuse and help drive drug-related deaths.