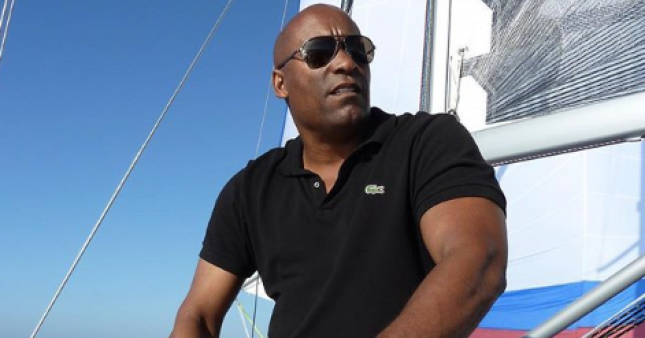 On April 29, John Singleton died after being taken off life support following a massive stroke. Now, the family of the 51-year-old Oscar-nominated director and screenwriter reveals that Singleton grappled with high blood pressure and is advising Black men to get their blood pressure checked, reports NBC News.

“Like many African Americans, Singleton quietly struggled with hypertension,” said a family representative in a statement. “More than 40% of African-American men and women have high blood pressure, which also develops earlier in life and is usually more severe. His family wants to share the message with all to please recognize the symptoms by going to Heart.org.”

But as the American Heart Association (AHA) notes, high blood pressure is a “silent killer” because most of the time there are no obvious symptoms. If not controlled, the condition can lead to organ damage, heart attacks and stroke, such as Singleton experienced. (According to the Centers for Disease Control and Prevention, African-American men are twice as likely to have a stroke and have strokes at a younger age than white men.)

Factors for hypertension that may put a person at increased risk include a family history of high blood pressure, obesity, sleep apnea, diet and chronic kidney disease, experts explain.

In addition, many Black people face an even greater chance of living with hypertension without knowing they have the illness. Frequently, this is because individuals mistrust the medical system and doctors or lack access to care.

“Once diagnosed with hypertension, African Americans diagnosed with hypertension are just as aware of their disease and just as likely to be treated compared to whites in the U.S. Yet African Americans receiving treatment for hypertension are often much less likely to bring their blood pressure under control,” observed Raegan Durant, MD, MPH, an associate professor of medicine in the Division of Preventive Medicine at the University of Alabama at Birmingham.

But there is good news: Folks can effectively manage their high blood pressure with lifestyle modifications and medication if necessary.