Some 64 community health centers will receive a total of more than $20 million in federal funding to expand their efforts to prevent, test for and treat HIV. The funds were awarded by the Health Resources and Services Administration, a division of the Department of Health and Human Services. The funding supports the federal Ending the HIV Epidemic initiative, which aims to reduce new U.S. HIV cases by 75% by 2025 and by 90% by 2030.

The White House also published a federal implementation plan for the National HIV/AIDS Strategy [NHAS], which was updated in 2021. Although the national strategy and the Ending the Epidemic initiative share similar goals, they lay out different paths.

“Our National HIV/AIDS Strategy included goals and objectives and some strategies for how we can end the HIV epidemic in the United States, but the implementation plan captures some of the major activities that our federal partners will engage in up to the year 2025 to help move us forward,” explained Harold J. Phillips, MRP, the director of the White House Office of National AIDS Policy, in an HIV.gov video.

“I hope that this document inspires our private sector, our academic institutions [and] our faith-based partners to really understand what the federal government plans to do,” he added. “The implementation plan is a companion document to the [NHAS]. So [we have] the framework, and then we [have] federal action; now we need the rest of society to come together and activate and accelerate, like President Biden called us to do to end the HIV epidemic.”

The national strategy, which builds on previous ones, was updated on World AIDS Day, December 1, 2021, and offers a road map for fighting HIV from 2022 to 2025. The first one was launched in 2010 by the Obama administration.

According to HIV.gov, centers that receive funding “will leverage it to expand access to medication to prevent HIV (including pre-exposure prophylaxis, or PrEP, and related services), connect people to care and ensure care services are well coordinated.”

How the White House Advances Health Equity for Black Americans 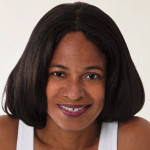