Plus: The Elizabeth Taylor AIDS Foundation and Gilead Sciences join the collective for a virtual town hall June 25.

The five groups are the Counter Narrative Project, which bolsters empowering stories of Black gay men, Positive Women’s Network–USA, the Sero Project, the Transgender Law Center (TLC) and the U.S. Caucus of People Living with HIV, according to a press release from PWN-USA.

In related news, The Elizabeth Taylor AIDS Foundation (ETAF) announced it is partnering with pharmaceutical manufacturer Gilead Sciences and the Health Not Prisons Collective on efforts to modernize HIV laws. ETAF will host a virtual town hall titled “HIV is Not a Crime” on Thursday, June 25, at 5 p.m. EST (2 p.m. PST) to launch and discuss the criminalization initiative.

“Very simply, science and the law have not caught up with each other on this issue,” said ETAF executive director Catherine Brown in the ETAF press release. “There is a disparity between what science tells us and what the laws and statutes in more than 30 states believe. HIV is not a crime, and those living with HIV are being held back by harmful laws and policies that discourage people from getting tested and treated.”

The science Brown cites is the fact that people with HIV who maintain a suppressed viral load cannot transmit HIV sexually, even if condoms are not used. This is commonly referred to as Undetectable Equals Untransmittable, or U=U.

To register for the town hall and submit questions, go to hivisnotacrime-etaf.org or text ETAF to 33777. The event is free.

Meanwhile, in its press release, the collective spells out these seven goals: 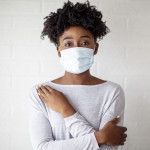