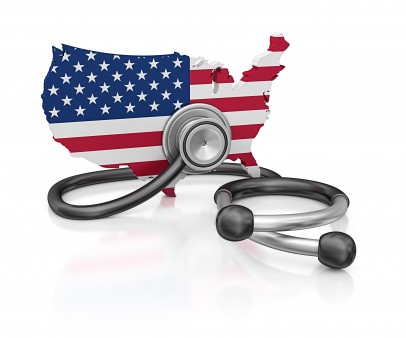 Everyone is waiting to see how the new president will handle Obamacare.

At press time, the election hadn’t been decided. But one thing we’re sure about is that both Hillary Clinton and her opponent, Donald Trump, plan to tackle the Affordable Care Act.

Early in the presidential campaign, Trump declared that on the first day of his administration, he’d ask Congress to immediately deliver a full repeal of Obamacare. Clinton said that if she won, President Obama’s health care legacy would be safe and she’d expand on the law, especially if she could get more Democratic support in Congress.

On her website, Clinton called the Affordable Care Act (ACA) “a critically important step toward the goal of universal health care, offering coverage to 20 million more Americans, and ensuring all Americans will never be denied coverage on account of a pre-existing condition or their gender.”

Trump said he wanted to repeal Obamacare essentially because he believes “no person should be required to buy insurance unless he or she wants to.” In addition, the GOP nominee stated that current laws prohibiting the sale of health insurance across state lines should be modified. “As long as the plan purchased complies with state requirements, any vendor ought to be able to offer insurance in any state,” Trump said. “By allowing full competition in this market, insurance costs will go down and consumer satisfaction will go up.”

“My goal would be to create a public option for people between 55 and 64 to buy into Medicare,” Clinton proposed. She planned to add this type of health insurance coverage—one that’s financed by the public and administered by the government—to the existing options. Under this system, everyone would have health care, there’d be no networks for different insurance plans and people would be free to choose any doctor, hospital or health center they wanted to use.

The goal of a public option is to provide people with access to primary care that reduces the number of those getting sick by allowing doctors to catch illness and injuries before they become too severe and expensive to treat. “I think it would save us money,” Clinton said, and “it would certainly save heartbreak.”

Trump’s approach to overhauling the ACA stressed reforms that would “allow the free market to provide insurance coverage opportunities to companies and individuals.” And for those who couldn’t afford insurance, he suggested improving basic options for Medicaid and ensuring that states offer health care coverage to anyone who wants it.

But, basically, the problem with this plan is that it would reestablish the previous health care system that the ACA replaced, a high-cost, inefficient, wasteful dinosaur that begged for a deathblow.

This is why millions of previously uninsured Americans who currently have health insurance are justified in worrying about where we go from here.