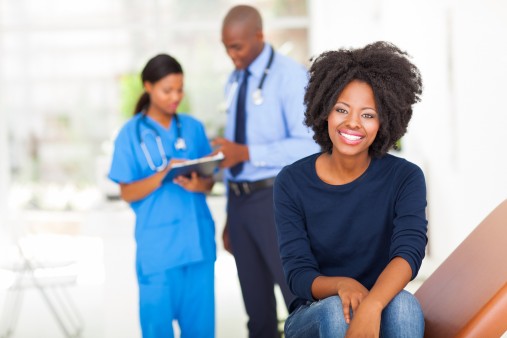 Gotta Get PrEP’d for Prevention

Why is pre-exposure prophylaxis for HIV still not a routine part of ob/gyn and family health care?

You can’t take something you don’t know exists. This is what Judith D. Auerbach, PhD, a professor in the University of California at San Francisco’s Department of Medicine, learned during a series of women’s focus groups on PrEP, or HIV pre-exposure prophylaxis, that her research team conducted in six U.S. cities.

“Almost none of the participants across sites had ever heard of PrEP before the focus group session,” the researchers reported. What’s more, many of these individuals “expressed feeling upset, frustrated and even angry that they had not learned of it before.” And some women who had heard about PrEP thought the med (the daily antiretroviral pill also known by its brand name, Truvada) was only for men, not women.

In addition, a number of participants in the focus groups “were concerned that they might have to educate providers, instead of the other way around,” researchers said.

Indeed, findings show that some primary care clinicians were largely unaware of PrEP before and after the release of trial results for the medication. Some couldn’t correctly define pre-exposure prophylaxis or didn’t think educating patients about PrEP was important, and many admitted that they were uncomfortable offering this information.

But “if more family physicians and other primary care providers feel comfortable prescribing PrEP, this strategy for reducing HIV prevalence may reach more individuals who are vulnerable to infection,” say James Conniff, MD, and Ann Evensen, MD, in their report about PrEP in primary care settings.

When providers don’t explore HIV prevention as part of the sexual and reproductive health services they offer patients, the result is a lost opportunity for doctors to help reduce transmission of the virus.

Experts say the burden is on the health care industry. Med school graduates and physicians need continuing education; women require effective treatments for sexual concerns; and health facilities must foster an environment of care that builds trust between doctors and patients.