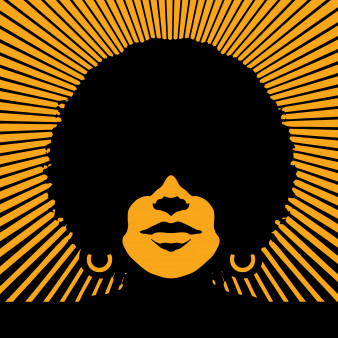 Who Got Funding From HRSA’s Black Women First HIV Initiative?

Black women are disproportionately impacted by HIV, but do they receive their fair share of funding?

This article has been updated to reflect additional information and for clarity. AIDS United is a Black-run organization.

Out of $3.8 million allocated to fund projects to support Black trans and cisgender women living with HIV, just 10% went to organizations explicitly founded and run by Black women. None of the 12 funded organizations are transgender founded or run, and one, UC San Francisco, has no Black women in leadership or or as principal investigator, according to a project spokesperson.

The $3.8 million for the “Improving Care and Treatment Coordination: Focusing on Black Women with HIV” initiative, known as the Black Women First Initiative, comes from the Health Resources and Services Administration (HRSA) within the Department of Health and Human Services. The initiative provided the grants to community organizations and Ryan White clinics to improve their ability to support Black trans and cisgender women living with HIV.

Black trans women have the highest rates of HIV in the United States but are less likely to reach an undetectable viral load. And while Black cisgender women, make up a fraction of the U.S. population, they account for 60% of new HIV diagnoses among cisgender women.

“In our movement, I see well-meaning White people who I know love Black people and believe Black lives matter but don’t do the work of questioning why there are so few Black people at tables of power and in positions of power,” Copeland said at the US Conference on HIV AIDS, according to a report in Medscape. “You don’t question why the same big, White-led organizations continue to get exponentially more money than Black-led organizations.”

Previous studies have shown that having trans-led research projects increases the likelihood of actually reaching women of transgender experience. And previous demonstration projects designed to increase, say, pre-exposure prophylaxis (PrEP) use among Black gay and transgender adults ended up referring more white and straight people for the prevention pill instead.

The three-year grants will fund research into one or more of the following topics:

The grants will help support projects that scale up peer-support programs, develop smartphone apps for retention in care, enact trauma-informed practices within clinics, and tailor of interventions for women in different life transitions, from new diagnosis to post-incarceration.

The one organization that’s explicitly founded and run by Black women is the Institute of Women’s & Ethnic Studies in New Orleans. Abounding Prosperity in Dallas is Black-run but not specifically by women.

Among the grantees are organizations that were not founded by Black women but currently have a Black woman as CEO: Quality Home Care Services and Volunteers of America Southeast Louisiana. Another several have cisgender Black women on their boards of directors, and AIDS Foundation of Chicago has both transgender and cisgender Black women on its board. Eight of the 12 grantees have a Black woman as principal investigator for the HRSA-funded project, according to a HRSA spokesperson.

UC San Francisco’s project, previously funded by the Substance Abuse and Mental Health Services Administration, appears not to have a woman in a leadership role of the organization and the principal investigator is Edward Machtinger, MD, who has long run UCSF’s women’s HIV clinic.

In addition, evaluation and technical assistance is being provided by The University of Massachusetts at Lowell, in partnership with AIDS United, Boston University Center for Innovation in Social Work and Health, and Impact Marketing + Communication. Of the four, only AIDS United is a Black-run organization. In particular, the marketing agency appears to have no Black women in leadership. A member UMass’s project team is a Black woman and the Center for Innovation in Social Work and Health has run another program aimed at supporting women of color living with HIV.

Gender-affirming care does not appear to be an intervention explicitly included in the projects, but Elizabeth Senerchia, a spokesperson for HRSA, said in an email that “all of the interventions are gender affirming.” Some of the successful practices from the Transgender Women of Color Initiative are expected to be part of the Black Women First Initiative.

“Part of the goal of this initiative is increasing care and treatment coordination to achieve ‘women-centered care,’ which includes gender-affirming care, responsive to the person’s self-expressed gender,” Senerchia said. “Many of the projects in this initiative also have partnerships with trans-run organizations or are working to incorporate trans-affirming care into their culture. For example, Positive Impact Health Centers in Georgia has a new position focusing on gender-affirming, trans-affirming care and inclusivity for all its centers. This position is being filled by a Black transgender woman.”

Venita Ray, JD, co–executive director of Positive Women’s Network–USA, joined the Black Women First Initiative as a member of its advisory council after the grantees had been selected. She provided a training for the grantees on the principle of meaningful involvement of people with HIV/AIDS (first articulated in The Denver Principles of 1983), and, through her participation on the advisory board, said she plans to “continue working to increase the meaningful involvement of Black women in all phases of program design and implementation and to address the overall health and well-being of Black women and not just focus on our viral load and CD4 count.”

But she also cheered the fact that the demonstration project exists at all.