Young people battling mental illness who took omega-3 fish oil, a dietary supplement, might reduce progression to schizophrenia, according to study published in the Archives of General Psychiatry and reported by Associated Press.

For the study, researchers from the Medical University of Vienna selected 81 patients, ages 13 to 25, who exhibited symptoms of mental illness. The scientists gave 41 study participants four fish oil pills (a standard dose for people taking it for heart protection) each day for three months. The other 40 patients received placebos.

After a year of monitoring, of the 41 patients taking fish oil, two became psychotic. In the placebo group, 11 patients progressed to psychosis.

“The results are very impressive and very striking and really represent a step forward potentially for patients and their families," said Neil Richtand, MD, PhD, a schizophrenia researcher at the University of Cincinnati College of Medicine.

But despite the attention-getting results, scientists are cautiously optimistic. They recommend doing more research.

Nevertheless, this preliminary finding could lead to psychiatrists recommending fish oil to their patients instead of antipsychotic medications, which have numerous side effects. 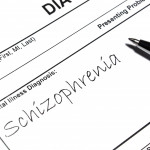 Why Schizophrenia May Be Overdiagnosed in America 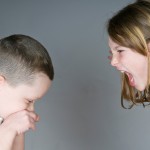