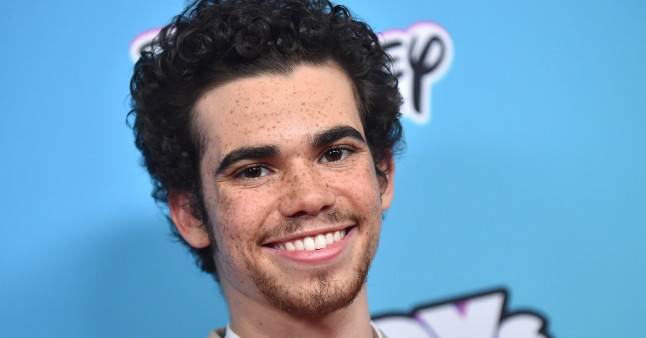 But the coroner’s office didn’t issue a determination about the young star’s official cause of death.

On July 6, 20-year-old actor Cameron Boyce was found unresponsive in his home and pronounced dead at the scene by authorities. The TV star was best known for his roles in Disney Channel’s Jessie and the Descendants television movies. His family said Boyce suffered a seizure triggered by epilepsy, an ongoing medical condition for which he was being treated, reports People.

Epilepsy is a neurological condition that affects the nervous system and causes seizures, according to the Epilepsy Foundation. The illness is commonly diagnosed after a person experiences at least two seizures (or one seizure with a high risk for more) not attributable to a known medical condition. An estimated 3.4 million people in the United States have epilepsy, and one in 26 people will develop the condition at some point in their lifetime.

News of Boyce’s condition spread after the Los Angeles County Department of Medical Examiner-Coroner revealed that the entertainer’s official cause of death was deferred pending further investigation following an autopsy.

According to Nitin Mariwalla, MD, a neurosurgeon in New York, Boyce’s death would probably be classified as a sudden, unexpected death in epilepsy, or SUDEP. “It’s basically a grab bag diagnosis,” Mariwalla told People. “It means that somebody with epilepsy died unexpectedly, and there’s no toxicological or anatomical cause of death during the autopsy. It’s sort of a non-answer answer.”

After Boyce’s death, Disney Channel announced the cancellation of the red carpet premiere for the upcoming Descendants 3 film, CNN reported. Instead, the network said its parent company would make a donation to the Thirst Project, a nonprofit that raises awareness about the global water crisis that Boyce actively supported.

“From a young age, Cameron Boyce dreamed of sharing his extraordinary artistic talents with the world,” Disney wrote in an initial statement following the actor’s death. “As a young man, he was fueled by a strong desire to make a difference in peoples’ lives through his humanitarian work. He was an incredibly talented performer, a remarkably caring and thoughtful person, and, above all else, he was a loving and dedicated son, brother, grandson and friend.”

Boyce is survived by his parents, sister and grandparents. (One of his grandmothers, Jo Ann Boyce, was one of the Clinton 12—the first 12 Black students to integrate a public school in the South following the Brown v. Board of Education ruling.)

His family said in a statement, “We are still trying to navigate our way through this extremely heart-wrenching time and continue to ask for privacy so that the family and all who knew and loved him can grieve his loss and make arrangements for his funeral—which, in and of itself, is agonizing,”

Click here to learn how an early warning system could one day predict epileptic seizures.