Recently, I read about a rash of questionable Halloween costumes that created the wrong kind of frights. One concerned a mom who allowed her son to wear a Ku Klux Klan costume to go trick-or-treating.

Another was two men who decided to dress up as Trayvon Martin and George Zimmerman before hitting the streets. Still another was a woman who donned running gear and smeared fake blood on her legs and face to channel a Boston Marathon bombing victim. Predictably, many people responded with shock and disgust. But others wanted these costume-challenged few to be punished. As in legally punished.

It seems that in America, punishment is the answer to every offensive act, including eating smelly food on the train, peeing in private in a corner on the sidewalk and a host of other minor behavioral issues that seem more like the result of poor taste rather than illegal activity.

To be clear, there are actions and activities that not only flout social conventions but also threaten the safety and well-being of everyone in our communities. These are severe transgressions that require correcting through the mechanism of law enforcement. But is it even possible for laws to legislate levels of etiquette and taste? And, beyond that, is it wise to attempt it?

During the past few years, America has increased its legislation of people’s personal behavior. In a few U.S. cities, there are bans and ordinances regarding saggy pants; wear these clothes and you could get a ticket, a fine or even time behind bars.

Some say legislation of this kind is a waste of time and taxpayers’ money. Others view it as an example of how the United States is becoming increasingly undemocratic. Many believe Americans have allowed their rights to be eroded in what they feel has become a more restrictive police state. The government’s rules, they say, have limited our freedom and have trumped the rights of individuals to freely express themselves.

Does government go too far when it tries to regulate private behavior and personal tastes, especially those that harm no one but that may offend the sensibilities of some in the community? In such cases, what is the appropriate response from the state?

At this point, I’m reminded about a little African-American girl in Tulsa, Oklahoma, who was sent home after her dreadlocked hairstyle ran afoul of her school’s dress code. Perhaps this incident is just a side note to the national happenings that illustrate the erosion of individuals’ rights to express themselves. But it’s the seemingly minor events that are usually the bellwether of telling social changes. Are we moving toward a time when punishment will become the remedy for all of the country’s societal ills, sloppy clothes and all?

Today, statistics show that America locks up more than 2 million of its people behind bars, the largest prison population in the world.

Perhaps there should be a law against that too. 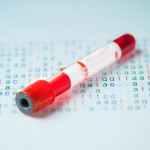 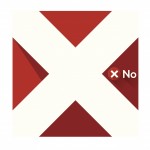 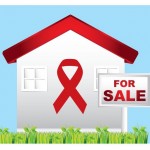