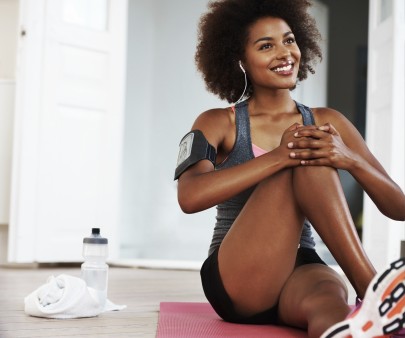 While urinary tract infections (UTIs) affect women at least once in their lifetime, one in four have repeat infections. Now, new findings presented at IDWeek 2017 suggest that drinking more fluids daily can boost their chances of preventing these troublesome bacterial infections, reports ScienceDaily.

For the study, researchers followed 140 healthy premenopausal women who suffered at least three UTIs in the last year and said they drank low quantities of fluids each day. Next, scientists split participants into two groups: a control group and a water group. Researchers asked those in the control group to continue their usual daily fluid intake. Individuals in the water group were told to drink 1.5 liters (about three 16-ounce glasses) of water a day in addition to their usual daily fluid intake. During the one-year period, scientists checked in with the women in person and by phone to document how much water they drank each day.

Findings showed that women who were at risk for UTIs and increased their water intake were almost half as likely to get UTIs compared with those who didn’t. Women in the control group developed 3.1 UTIs on average after one year, while those in the water group experienced 1.6 UTIs, equivalent to a 48 percent reduction. (As a bonus, these women also required fewer antibiotic regimens.)

“While doctors have long assumed this is the case and often recommended that women at risk for UTIs increase their fluid intake, it’s never really undergone a prospective trial before,” said Thomas M. Hooton, MD, clinical director of the Division of Infectious Diseases at the University of Miami School of Medicine and lead author of the study. “It’s good to know the recommendation is valid and that drinking water is an easy and safe way to prevent an uncomfortable and annoying infection.”

According to the National Kidney Foundation, UTIs are responsible for more than 10 million visits to the doctor each year. In addition, the infection also affects women more than men.