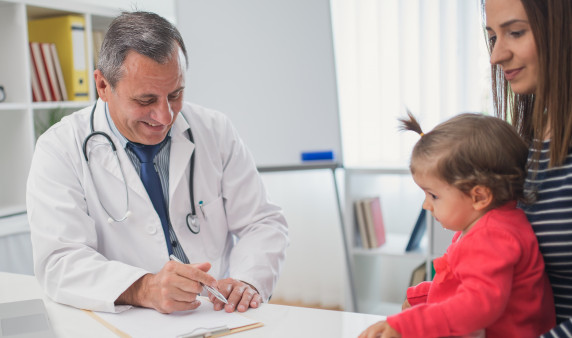 Off-label drug use for respiratory infections, asthma or mental health disorders in children is on the rise.

A study by researchers at Rutgers University in New Brunswick, New Jersey, published in the journal Pediatrics found that children are increasingly being prescribed drugs that are not approved by the Food and Drug Administration (FDA) for the conditions they are trying to treat, reports Rutgers Today.

The FDA describes the use of a drug to treat a medical condition for which the med is not approved or the administering of a medication in an unauthorized manner as off-label—for example, if a drug is approved as a capsule but is given as an oral solution or if a med is prescribed in a dose different from the approved dosage.

For the study, researchers examined data collected between 2006 to 2015 for the Centers for Disease Control and Prevention’s National Ambulatory Medical Care Surveys. They reviewed the frequency of such off-label prescriptions and the reasons why doctors ordered them for children under age 18.

Investigators focused specifically on systemic drugs, those that work throughout the body and have a greater potential for toxicity. Results showed that off-label prescriptions increased from 42% in 2006 to 47% in 2015.

Doctors prescribed one or more systemic drugs off-label for respiratory infections, asthma or mental health disorders for about 19% of the nearly 2 billion office visits for children studied. In addition, physicians prescribed drugs off-label in about 83% of visits to newborns, 49% of infant visits and about 40% of appointments with people of other ages.

In addition, off-label drug order rates were higher for girls and children with chronic conditions. Doctors were also more likely to order antihistamines and several classes of antibiotics for respiratory infections and antidepressants for attention-deficit/hyperactivity disorder.

“Use of some off-label drugs is supported by high-quality evidence,” said Daniel Horton, MD, MSCE, an assistant professor of pediatrics and a pediatric rheumatologist at Rutgers Robert Wood Johnson Medical School and a senior study author. “For example, drugs approved to prevent vomiting caused by chemotherapy also work quite well in treating more common causes of vomiting in children, such as from viruses. We need this kind of evidence to determine the appropriateness of use of many other drugs currently used off-label to treat a wide range of conditions in children.”

But Horton cautioned that doctors don’t fully understand how the off-label use of some drugs affects children, who may respond differently to such meds than adults and could experience harmful effects.

For related coverage, read “Are Kids With Asthma Being Prescribed Unnecessary Antibiotics?”