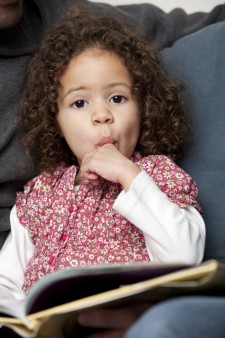 Remember the boy who had no defenses against germs and had to live his life in a protective bubble? Well, in extreme cases, scientists theorize, this can happen when kids are raised in an environment that is just “too clean.” And now, recent findings published in the journal Pediatrics show that kids who bite their nails or suck their thumbs are less likely to have allergic reactions to a wide variety of irritants, including pets and mites.

These findings support a theory researchers call the “hygiene hypothesis,” which states that children’s early exposure to bacteria, viruses and allergens primes their immune systems to better defend against microbial attacks.

The scientists caution that they’re not suggesting parents should be unconcerned with children possibly swallowing germs from sucking their thumbs or biting their nails.

Says Malcolm Sears, a professor of medicine at McMaster University in Ontario, Canada, and one of the study’s coauthors, “What we are saying [to parents] is don’t be quite so afraid of a little bit of dirt.”