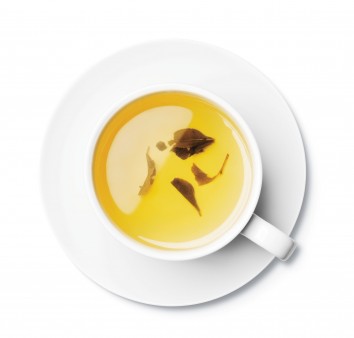 Glaucoma occurs when mounting fluid pressure inside the eye damages the optic nerve. The illness is also one of the leading causes of blindness worldwide. But drinking a steaming cup of tea daily may help lower the risk of developing this serious eye condition, suggest new findings published in the British Journal of Ophthalmology, reports ScienceDaily.

For the study, scientists examined data from the 2005 to 2006 National Health and Nutrition Examination Survey (NHANES), an annual survey of about 10,000 people that assesses the health and nutritional status of U.S. adults and children. Scientists found that 84 (5 percent) of the 1,678 individuals who received full eye test results developed glaucoma.

Researchers asked participants to complete a questionnaire that asked how frequently they drank caffeinated and decaffeinated drinks during the previous 12 months. After scientists accounted for several factors that might influence the results, such as diabetes and smoking, results revealed that those who drank hot tea every day were 74 percent less likely to be at risk for glaucoma compared with the folks who didn’t consume the popular beverage. (Researchers noted no similar association for coffee at any temperature, decaffeinated tea, iced tea or soft drinks.)

While the findings intrigued researchers, scientists stressed that they could draw no definite conclusions about cause and effect. The authors also emphasized the following limitations of the observational study: its small size, the lack of information about when those stricken with glaucoma received their diagnosis and unknown factors, such as cup size, tea type or brewing time, that could have influenced the outcome of the inquiry.

Nevertheless, scientists confirmed that tea contains antioxidants, anti-inflammatory and nerve-cell-protecting chemicals linked to a lower risk of other severe conditions, such as heart disease, cancer and diabetes.

Study authors added that previous studies show oxidation and neurodegeneration—biological processes that cause cellular damage—may contribute to the development of glaucoma. This is why investigators concluded that more research is needed to determine the importance of these findings and whether sipping hot tea can protect against glaucoma.

Click here to learn how a cup of tea a day may help prevent Alzheimer’s disease.

Does Your Dog Have Diabetes? You Could Be at Risk Too.