“Our data from the first three patients enrolled in this clinical trial demonstrate two important things that, to our knowledge, no one has ever shown before,” Carl June, MD, director of the Center for Cellular Immunotherapies at the Abramson Cancer Center and director of the Parker Institute for Cancer Immunotherapy at the Perelman School of Medicine at the University of Pennsylvania, said in a press release. “First, we can successfully perform multiple edits with precision during manufacturing, with the resulting cells surviving longer in the human body than any previously published data have shown. Second, thus far, these cells have shown a sustained ability to attack and kill tumors.”

T cells are the immune system’s main soldiers in the fight against cancer. June and other researchers pioneered efforts to program these cells to better recognize and attack cancer.

The approach involves collecting a sample of white blood cells from a patient, altering the T cells in a lab, creating millions of copies of the reprogrammed cells and reinfusing them back into the same individual.

Initially, a disabled retrovirus was used to introduce the new receptors. The latest research shows that the CRISPR gene-editing system can help with the task.

CRISPR/Cas9 acts as a sort of molecular scissors to cut a strand of DNA at a desired location. In 2018, researchers reported that CRISPR-engineered T cells could recognize and respond to human melanoma tumors implanted in mice. Using CRISPR instead of viral vectors has the potential to be faster and less costly, Jeffrey Bluestone, PhD, outgoing CEO of the Parker Institute for Cancer Immunotherapy, told Cancer Health at the time.

The University of Pennsylvania team reported initial findings at the American Society of Hematology Annual Meeting in December, with further details published this week in Science magazine.

The researchers used CRISPR/Cas9 to make two edits that remove existing natural receptors from patients’ T cells. This allows the cells to be reprogrammed with a synthetic receptor, delivered by a virus vector, that targets an antigen called NY-ESO-1 found on various types of tumors. They also removed PD-1, a checkpoint receptor on T cells that regulates immune activity. Some tumors can hijack PD-1 to shut down immune responses; checkpoint inhibitor drugs that block PD-1 can release the brakes.

Three patients—one with sarcoma and two with multiple myeloma—were treated with a single infusion of the genetically engineered T cells. To qualify, they had to have tumors that express NY-ESO-1 as well as a particular human leukocyte antigen configuration that would work with the T cells.

The CRISPR technique successfully made all three desired edits to a large proportion of the patient’s T cells, with only minimal off-target effects. When administered back into the recipients, the altered cells not only survived but thrived, persisting for up to nine months (the longest follow-up to date), according to a University of Pennsylvania press release.

No treatment-related serious adverse events were observed, suggesting that the procedure may be safer than CAR-T therapy, which can unleash a strong immune reaction that harms normal cells along with malignant ones.

Unfortunately, the patients—all of whom had incurable advanced cancer that did not respond to other treatments—did not fare so well. The person with sarcoma showed some tumor shrinkage but later progressed. The other two also experienced disease progression, and one died. This early study was intended to show whether the approach was safe and feasible; it was not designed to demonstrate its effectiveness.

However, when samples of edited T cells were removed from the patients and brought back to the lab for further study, they remained active and able to kill cancer cells for months after they were manufactured.

“This is the first confirmation of the ability of CRISPR/Cas9 technology to target multiple genes at the same time in humans and illustrates the potential of this technology to treat many diseases that were previously not able to be treated or cured,” said June.

Disclosure: Carl June is a member of Cancer Health’s board of advisers.

Click here for a Cancer Health feature on CAR-T therapy. 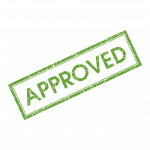 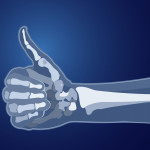 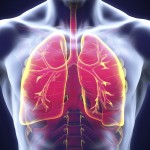 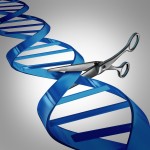