Latex condoms need to be used both consistently and correctly to reduce the risk of becoming infected with common non-viral sexually transmitted infections (STIs), according to a new report published online ahead of print by the journal Sexually Transmitted Infections and reported by aidsmap. Using condoms consistently, while not safeguarding against condom breakage or slippage, negated the positive benefits of using barrier protection.

According to the report, led by a team at Baylor College of Medicine in Houston, consistent and correct condom use reduced the risk of three common STIs—gonorrhea and chlamydia, both bacterial infections, and trichomoniasis, a parasitic infection—via penile-vaginal sex by 60 percent. Compared with those who didn’t use condoms consistently, those who did use them consistently but not correctly were statistically no less likely to become infected with a non-viral STI. 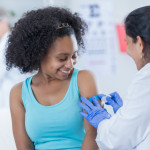 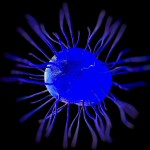