Certain substances found in tap water can affect a person’s risk of developing hard deposits of minerals and salts in the kidney.

Drinking more water can help folks avoid painful kidney stones. But new findings presented at the American Urological Association 2018 Annual Meeting, suggest that substances found in water for consumption in municipalities could up the risk that these crystallized mineral salts will form in the kidneys, reports Medscape.

First, researchers identified 218,324 emergency department visits and 27,361 surgeries for kidney stones from 2010 to 2012 in California. Next, they cross-referenced these events with ZIP codes to determine how often stones occurred in specific locations.

Scientists found 273 variables that were clinically relevant and frequently tested for in a majority of the ZIP codes.

“This is a pretty long list of associations,” said William Brubaker, MD, an investigator from Stanford University in Palo Alto, California. “Some of these compounds haven’t been studied within the realm of kidney stone development."

Limitations of the study included the fact that water district connections change over time and ZIP codes overlapped, the period of exposure checked was short, so problems might not yet be apparent and researchers didn’t examine filtered and bottled H2O from small suppliers and private wells.

Brubaker warned that these findings don’t necessarily prove that water from municipal systems cause kidney stones.

Researchers said they will continue to review relevant literature about the substances they found in public water systems and plan to conduct a comparable inquiry nationwide. 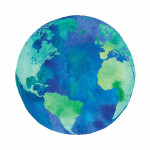