Web Tool May Predict When and Where Flu Will Hit Hardest

Wish you could tell the times and places the flu bug might strike before it happens? Well, researchers at Columbia University said they have devised a flu predictor that could pinpoint the yearly flood of influenza cases as much as nine weeks early, according to a report in the journal Nature Communications and reported by Time.com.

The announcement came from researchers at Columbia University’s Mailman School of Public Health. The scientists said they have developed one of the most accurate predictors for peak flu cases to date. How’d they do it? By combining real-time data from Google Flu Trends and the Centers for Disease Control and Prevention along with historical evidence and physical properties of the virus such as how flu particles travel through the air.

“We have a model of influenza that describes the propagation of the influenza virus through the population,” said Jeffrey Shaman, PhD, an assistant professor of Environmental Health Sciences at Columbia, and the study’s lead author. “You train the model, and by doing that, the model doesn’t fly off and make some predication or represent reality in a way that’s not correct.”

Scientists said when they applied the predictor to the 2012–2013 flu season, it accurately identified where and when the virus surged. (By doing so, the predictor successfully outperformed all other existing flu forecast models.)

Curious to know more? Researchers said they would make the flu fortune-teller available on Columbia’s Mailman School of Public Health website in the next few weeks. Keep an eye out!

Yes, Kids Can Get the New Coronavirus

When and How to Wash Your Hands 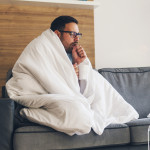 Influenza on the Rise Across the United States