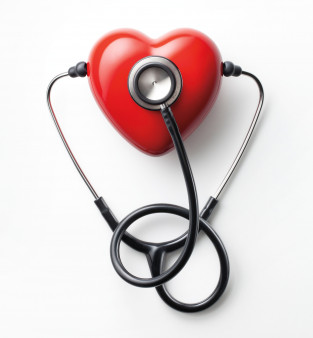 People with both HIV and hepatitis C are at greater risk as they age.

People living with HIV face a rising likelihood of heart attacks as they age, and this risk is magnified if they also have hepatitis C virus (HCV), according to new research published in the Journal of the American Heart Association. Managing traditional cardiovascular risk factors, keeping HIV under control and getting treated for HCV can reduce the risk.

As people with HIV live longer thanks to effective treatment, they are more likely to develop age-related conditions, such as cardiovascular disease (CVD). A large body of research has shown that HIV-positive people are at greater risk for a variety of cardiovascular problems, including atherosclerosis (buildup of cholesterol and other material in the arteries), coronary artery disease (blockage of the arteries that supply the heart muscle), heart failure and heart attacks (myocardial infarction).

HIV and HCV share some common transmission routes, and many people are living with both viruses (known as coinfection). Hep C can now be easily cured with direct-acting antivirals, but a substantial proportion of people with HCV do not know their status and have not gotten treatment.

Hep C is also associated with cardiovascular problems, but the combined impact of HIV and HCV is not well understood. Keri Althoff, PhD, MPH, of Johns Hopkins Bloomberg School of Public Health, and colleagues aimed to identify whether HIV/HCV coinfection increases the risk of type 1 myocardial infarction—the type of heart attack caused by coronary artery disease—and whether the risk differs by age.

“Due in part to the inflammation from the chronic immune activation of two viral infections, we hypothesized that people with HIV and hepatitis C would have a higher risk of heart attack as they aged compared to those with HIV alone,” Althoff said in an American Heart Association news release.

In addition to taking HIV and hep C treatment, people aging with HIV can reduce their risk for heart disease by quitting smoking, eating a well-balanced diet, exercising, maintaining a healthy weight and, if appropriate, using medications such as statins (currently being studied in the REPRIEVE trial). Regular checkups can identify warning signs of heart problems at an earlier stage, when they are easier to manage.

Black Men With Allergies at Risk for High Blood Pressure