The Centers for Disease Control and Prevention estimates that about 36,400 people contracted HIV in 2018.

The Centers for Disease Control and Prevention (CDC) has estimated that the annual rate of new HIV transmissions held essentially steady in the United States between 2014 and 2018.

An estimated 1.2 million people 13 years old or older were living with HIV at the end of 2018, including 14% who remained undiagnosed. An estimated 36,400 people contracted HIV that year.

For the CDC’s new annual HIV Surveillance Report, the agency reviewed data on the CD4 count at diagnosis of people who newly tested positive for HIV between 2014 and 2018, as reported to the National HIV Surveillance System. Such a measure helps researchers estimate when individuals acquired the virus and thus permits estimating year-to-year transmission trends. 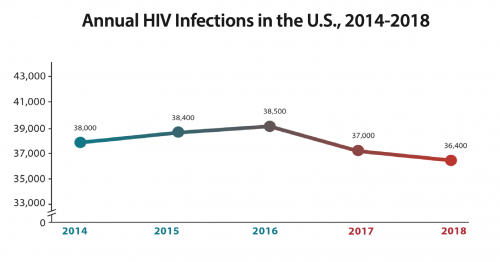 The transmission rate held steady among both men and women during that period, at a respective 22.1 and 4.8. 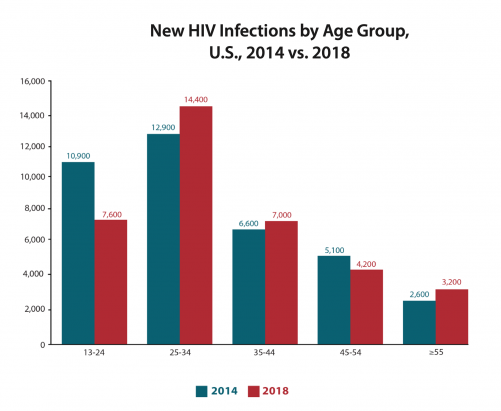 The only racial group that saw a significant change in the transmission rate was the multiple-race category, in which the rate decreased. In 2018, the highest rate was among Blacks, at 45.4, followed by Latinos, at 22.4, and people of multiple races, at 19.3. 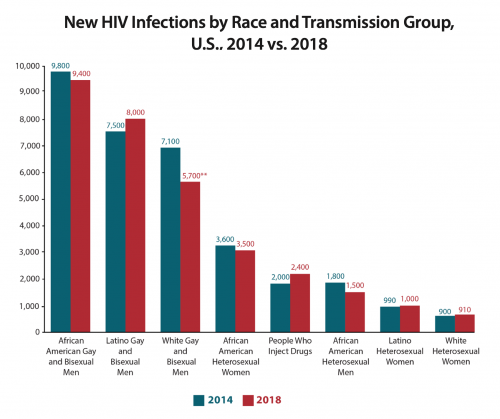 The transmission rate was stable among all the transmission categories, such as men who have sex with men and people who inject drugs. In 2018, 67% of all new HIV cases and 82% of those among men were transmitted through sex between men. Among women and girls who contracted HIV during that year, 85% did so through heterosexual sex. 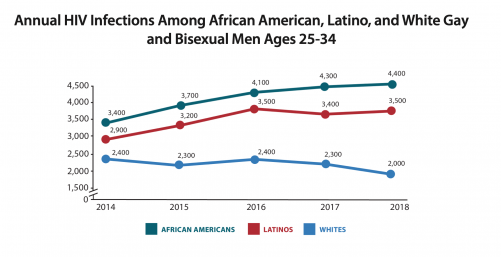 The CDC notes that its estimates for the prevalence of HIV, meaning the number of people living with the virus, for 2018 remain preliminary.

The percentage of people living with HIV who were not diagnosed remained steady between 2014 and 2018.