The debate about what’s to blame for lead levels spiking in children’s blood in Flint, Michigan, is now over: Contaminated water sourced from the Flint River poisoned them, according to an official analysis by the U.S. Centers for Disease Control and Prevention (CDC). The federal report confirms long-held suspicions that the urban health crisis started after authorities switched the city’s water supply from Lake Huron to the local waterway in 2014, NBC News reports.

For the study, researchers at the CDC’s National Center for Environmental Health tested the blood of nearly 7,000 children in the surrounding area. Scientists found that kids who drank Flint River water had a 50 percent higher risk of having elevated levels of lead in their blood than before the switch. Federal authorities also found that lead levels in kids’ blood shot up just after the city changed its water supply in 2014. What’s more, these levels didn’t fall until months after Flint switched back to its original water supply source.

Experts confirmed that the lead got into the city’s water supply because the chemistry of the Flint River water is different from that of the water from Lake Huron. The water from the Flint River leached away a protective coating in the city’s water pipes and caused lead contained in the pipes to dissolve into the public water supply. Although water authorities knew about the issue, it took them months to warn Flint residents about the public health threat.

The CDC defines elevated lead levels as above 5 micrograms of lead per deciliter of blood. But pediatricians say there is no safe level of lead for kids. The heavy metal can kill developing brain cells and can have permanent consequences, including lower IQ scores, inattention, aggression and hyperactivity among children. In very high doses, lead can kill.

Currently, lead paint is the major source of lead poisoning in U.S. children. “Most inner city kids and children in other settings have blood lead levels that are detectable in their blood,” noted Patrick Breyesse, director of the CDC’s National Center for Environmental Health, who led the analysis. But he and other experts stressed that the culprit in Flint was lead in the city’s water pipes, not paint.

To learn more about combatting lead poisoning in your home, click here.

Think Twice Before Scarfing Down That Glass of Ice Water 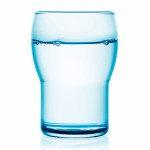 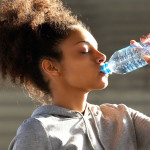 Dehydration Can Affect Your Ability to Think Clearly