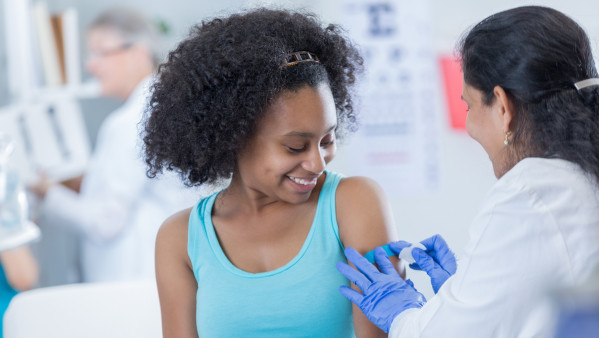 The first-ever vaccine against the common sexually transmitted infection appears safe and active.

An experimental vaccine to prevent chlamydia, a common sexually transmitted infection (STI), triggered the production of protective antibodies in all participants in its first human study, according to a recent report.

A vaccine to prevent chlamydia “would have enormous public health and economic impact,” Taylor Poston, PhD, MPH, and Toni Darvill, MD, of the University of North Carolina at Chapel Hill wrote in a commentary accompanying the report in The Lancet Infectious Diseases. “Although clinical vaccine testing for chlamydia is in its infancy, this trial suggests optimism for the future.”

Chlamydia is the most common bacterial STI in the United States and worldwide. (The most common overall, human papillomavirus, or HPV, is a viral STI.) In 2017, more than 1.7 million cases of chlamydia, a majority of them in young women, were reported to health officials.

Chlamydia infection in women often has no symptoms. It can be treated with antibiotics, but if left untreated it can lead to pelvic inflammatory disease, infertility and chronic pelvic pain. Chlamydia also increases susceptibility to HIV and other STIs, and infection during pregnancy raises the risk of miscarriage and preterm births.

The experimental chlamydia vaccine, known as CTH522, is designed to stimulate an immune response to Chlamydia trachomatis bacteria.

The vaccine was tested in a Phase I clinical trial that enrolled 35 healthy women, ages 19 to 45, at a hospital in London. They did not have HIV, hepatitis B or C or other STIs, were not pregnant and agreed to use effective contraception or abstain from sexual intercourse during the study.

The women were randomly assigned to receive either the active vaccine with one of two different additives to help it work better or else inactive placebo injections. The participants received three injections in the upper arm muscle at the start of the study, one month later and four months later. In addition, they received two nasal booster doses of the CTH522 vaccine without additives at four and a half months and at five months.

Both formulations of the vaccine provoked an immune response, leading to antibodies against chlamydia in the blood serum of all 15 women who received CTH522 with CAF01 liposomes (which stimulate cellular immunity) as well as all 15 who received the vaccine with aluminum hydroxide (which helps trigger antibody production).

However, the CAF01 additive led to the production of 5.6 times more serum antibodies and stronger T-cell responses. This formulation also led to more antibodies in the vaginal lining.

“Studies of antibodies in mice have found that antibodies in the vagina are the first line of defense against chlamydia infection, which suggests they are key to how effective the new vaccine may be,” study coauthor Helene Juel, PhD, of Statens Serum Institut in Copenhagen said in a press release.

Both vaccine formulations appeared to be safe and well tolerated. The most common side effect was injection site reactions, including pain, tenderness and impaired movement. These reactions were mostly mild and usually lasted two to four days. No serious adverse events were reported. However, small studies like this may not pick up rare adverse effects.

Further research is needed to see if the favorable immune responses seen in this study will actually translate into a reduced risk of acquiring chlamydia in the real world. The researchers are now planning a Phase II trial of the CTH522 plus CAF01 formulation of the vaccine, which will enroll a larger number of participants.

“The HPV vaccine has shown us how effective vaccination can be against a sexually transmitted infection,” said study coauthor Peter Andersen, PhD, also of of Statens Serum Institut. “We hope to do the same with chlamydia and, in the long term, combine the two vaccines.”

Click here to learn more about chlamydia and other STIs.