Researchers say blueberry extract is a radiosensitizer, a nontoxic chemical that makes it easier to kill tumor cells with radiation therapy.

Radiation therapy is one of the most common treatments for cervical cancer. Now, new study findings from the University of Missouri School of Medicine suggest that combining this treatment with blueberry extract could significantly boost its effectiveness, reports Newsmax.

“Our team used three different measures to confirm results of the study,” said Yujiang Fang, MD, PHD, the study’s lead author. “Radiation decreased cancer cells by approximately 20 percent. Interestingly, the cell group that received only blueberry extract had a 25 percent decrease in cancer. However, the biggest decline in cancer cells occurred in the radiation and extract group, with a decrease of about 70 percent.”

According to Fang, blueberry extract not only reduces cell proliferation, but it also can trick cancer cells into dying.

Up next, says Fang, is an animal study that will test whether the results of this study can be replicated.

Click here to learn about delicious ways to ward off cancer. 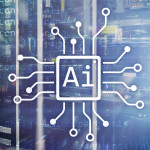 AI May Diagnose Health Conditions as Effectively as Health Professionals