This finding held true even when the researchers restricted their analysis to caffeine from soft drinks.

Consuming caffeine is associated with an overall lower risk of death among people with chronic kidney disease (CKD), although not a lower risk of cancer or cardiovascular disease (CVD).

People with HIV and those with hepatitis C virus (HCV) have a higher risk of CKD than the general population.

Publishing their findings in Nephrology Dialysis Transplantation, researchers studied data on 4,863 adults with CKD, defined as an estimated glomerular filtration rate (eGFR) of 15 to 60 milliliters per minute per 1.73 meters squared or a creatinine ratio of greater than 30 milligrams per gram. The study authors excluded those with Stage 5 CKD and those on dialysis.

The cohort members were participants of the National Health and Nutrition Examination Survey between 1999 and 2010. They provided details about their caffeine consumption during a 24-hour period at the outset of their participation in the study and then the researchers tracked if they died, and in particular if they died of CVD or cancer, through the end of 2011.

After adjusting the data for various factors, the study authors found that, compared with those in Q1, those in Q2, Q3 and Q4 were a respective 26 percent, 25 percent and 25 percent less likely to die of any cause during follow-up.

Restricting the analysis to just the 368 deaths due to CVD and the 226 cancer deaths, the researchers found that caffeine consumption was not associated with a decreased risk of death from those causes.

The investigators also divided their analysis by type of drink—coffee, tea or soda. They found that soda-based caffeine was associated with a decreased risk of death from any cause. Their analysis showed no such association between caffeine in coffee or tea, perhaps because the amount of data at the researchers’ disposal was not large enough to provide sufficient statistical power.

In conclusion, the study authors stated that “caffeine consumption appears to be safe through different stages of kidney disease.” 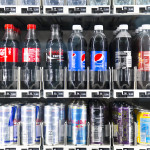 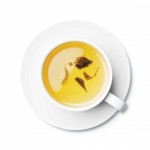