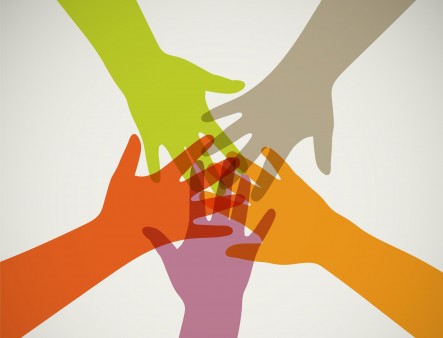 How Do You Build a Racially Just and Strategic HIV Movement?

These 24 HIV leaders of color offer an answer by drafting “A Declaration of Liberation.”

In a time of burgeoning white supremacy and racism, it is vital that organizations involved in HIV work examine their practices and ensure that they’re not unjust or oppressive. To help such groups achieve that goal, over 50 leaders of color in the HIV movement have drafted a framework titled “A Declaration of Liberation: Building a Racially Just and Strategic Domestic HIV Movement.”

“Advocates and policy makers are racing to end the HIV pandemic, but that will remain a tall task if we continue to look away from the racial injustices experienced by Black and brown bodies,” say Cecilia Chung of the Transgender Law Center in a Positive Women’s Network–USA press release about the document. “The past 35 years have taught us that HIV is not a single issue; neither is the issue of race. The updated national HIV strategy guides us to look deeper into social determinants of HIV prevention and treatment; it is time to recognize how oppressions intertwine and how racial inequity affects every praxis that drives the pandemic.

“There is no better time than now,” she continues, “to affirm our goals to build power among racial, sexual and gender minority communities.”

The eight-page framework was drafted and edited over the course of several months beginning in July with funding from the Elton John AIDS Foundation and the Ford Foundation. It’s presented by the Racial Justice Framework Group.

The group views the document as a first step, according to the press release, and it hopes to create additional resources specific to the HIV community.

We, as a collective of people of color leaders in the HIV justice movement, write these words in the most precarious of times. The current president of the United States uses his platform in service of the oppression of people of color and other marginalized communities. Our efforts are often overwhelmed by the weight of violence, past and present, directed at our sacred Black and brown bodies. Yet we are not fragile. We are boundlessly powerful. People of color have always fought back, and led the way in innovating new, creative responses to oppression. We have not only history, but also the force of an inclusive, intersectional and transformative vision on our side.

This document is our declaration of liberation. It begins to name and claim a collective vision for resistance practice in the HIV movement, grounded in racial justice.

“HIV is a sign of inequity in this country and the world,” explains Maximillian Boykin of the HIV Prevention Justice Alliance, in the press release. “Our country’s approach to prevention and care focused on controlling Black and brown bodies, and heteronormative education instead of embracing an understanding of pleasure, culture, and identity, continue to hurt those most impacted by HIV. In these politically charged times, it is important for us to have a place to create what is needed for us to promote true health equity and end the epidemic.

“This framework, and those who collaborated to create it, intend to help create a political home—a space for us to learn, grow, and build with one another rooted in community, racial justice and intersectionality, in order to break down the silos and push for our communities to thrive.”

You can download a PDF of the declaration here.

The document was drafted and signed by The Racial Justice Framework Group. They are:

Deon Haywood, Women With a Vision