Broadway AIDS Group to Give $250,000 for Hurricane Sandy

Broadway Cares/Equity Fights AIDS (BC/EFA) will donate a total of $250,000 to help alleviate the aftermath of Hurricane Sandy, according to a BC/EFA statement. A portion of the proceeds from its current six-week fall fundraising efforts by Broadway, Off-Broadway and national touring companies will be awarded to the Community Food Bank of New Jersey, AmeriCares and the American Red Cross. BC/EFA will also donate $100,000 to The Actors Fund, which is assisting members of the entertainment community affected by the storm. 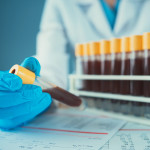