The FDA is poised to evaluate a therapy that safeguards against accidental exposures.

There are no treatment options approved for peanut allergy, which is commonly found in American children. But new findings presented at the American College of Allergy, Asthma and Immunology (ACAAI) Annual Scientific Meeting and published in The New England Journal of Medicine reveal that a therapy to protect people with this allergy is awaiting review by the Food and Drug Administration (FDA), reports ACAAI.

For the study, scientists recruited participants between ages 4 to 55 (most were 4 to 17 years old) who had a peanut allergy for an oral food challenge (OFC). During these food allergy tests, individuals eat a small dose of food under the supervision of a board-certified allergist to test for a severe reaction.

Researchers gave one third of the volunteers a placebo, while the remaining two thirds were given peanut protein powder in increasing amounts until they reached maintenance dosage (the dose they would remain on for the rest of the study), which was one peanut daily.

“We were pleased to find that two thirds of the people in the study were able to tolerate the equivalent of two peanuts per day after nine to 12 months of treatment, and half the patients tolerated the equivalent of four peanuts,” said Stephen Tilles, MD, an allergist and past president of the ACAAI, who coauthored the study.

In addition, Tilles noted that individuals experienced “much milder” OFC reactions than prior to treatment. By the end of the study, participants tolerated a 100-fold higher dose of peanut on average.

According to Jay Lieberman, MD, vice chair of the ACAAI Food Allergy Committee and a coauthor of the study, this treatment won’t allow people with peanut allergies to eat the nuts with impunity. But the protocol will help protect these folks in the event of an accidental exposure.

Researchers hope the FDA will approve the therapy so it becomes available as a prescription in the second half of 2019.

Click here to learn why people with allergies to certain tree nuts may not need to avoid all nuts. 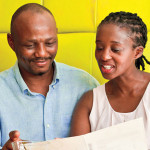 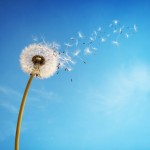