How Well Do Black Young Adults Understand HIV and U=U?

Survey findings from the “Owning HIV” campaign show the need for proactive education.

New data from a 2019 survey illustrate that many Black young adults could benefit from a better understanding of HIV, its transmission and related stigma.

HIV remains prevalent among African Americans, who constitute 13% of the U.S. population but made up 42% of new HIV cases in 2018. In fact, it’s estimated that half of gay Black men will contract HIV in their lifetime. And yet the survey found that 80% of HIV-negative African-American young adults reported being “highly confident they are not at risk of contracting HIV.”

What’s more, 31% of Black respondents living with HIV incorrectly thought that being undetectable meant they had been misdiagnosed and were in fact HIV negative.

Wanona Thomas of Live in Your Truth participates in the Merck and Prevention Access Campaign education efforts.Courtesy of OwningHIV.com

The survey was conducted among adults ages 18 to 22 (Generation Z) and ages 23 to 36 (millennials) during the summer of 2019 as part of the educational campaign “Owning HIV: Young Adults and the Fight Ahead,” a joint effort by Merck pharmaceuticals and the HIV advocacy group Prevention Access Campaign. The latter is best known for launching the U=U (Undetectable Equals Untransmittable) campaign, which promotes the fact that people with HIV who maintain an undetectable viral load cannot transmit the virus via sex. (For more about the survey findings, see “What Do Gen Z and Millennials Think About HIV?”)

Last month, as part of “Owning HIV Presents: HIV in Young, Black America,” Merck and Prevention Access Campaign released data specific to African-American respondents in the 2019 survey and hosted a webinar for college students “to fight stigma and take ownership of the HIV epidemic.”

Other survey findings include: 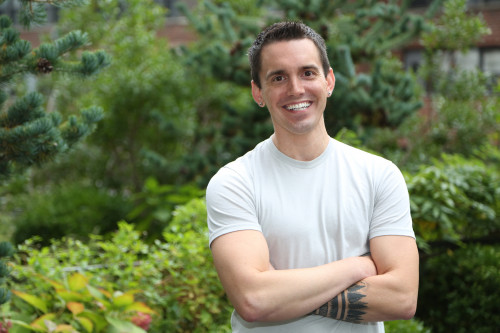 To spread HIV education among young adult Black Americans, the campaign has enlisted a group of young HIV advocates including:

To learn more about their stories and “Owning HIV,” visit Merck.com.

Editor’s note: This article was updated to better reflect the advocates’ associations.