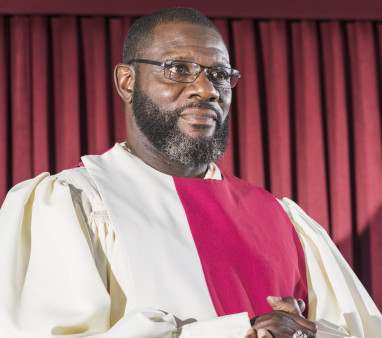 Black Pastors on Ending the HIV Epidemic: “I’ll Preach About It”

African-American clergy say the Ending the Epidemic plan has overlooked them.

Black clergy members in the South want in on the community response to end HIV in the United States, according to a study published in the journal AIDS and Behavior.

Trisha Arnold, PhD, of Brown University in Providence, and colleagues conducted 11 focus groups via Zoom with a total of 57 Black clergy members between May and June 2020. The participants served primarily Black congregations in Little Rock, Arkansas; Memphis, Tennessee; Jackson, Mississippi; and Tuscaloosa, Alabama. Most participants, 79%, were men. In exchange for their time, participants received $100 gift cards.

Much like the general public, clergy members were largely unfamiliar with the current HIV landscape. Most knew how HIV was transmitted, but none had heard of the federal initiative. And none knew about the science of how an undetectable viral load thanks to powerful HIV medications can prevent sexual transmission of HIV, known as Undetectable Equals Untransmittable, or U=U. Likewise, most didn’t know that a pill could prevent someone exposed to HIV from acquiring the virus. The one person who did know about it said he’d want to learn more before talking about it to his congregation.

The good news is that once participants heard about Ending the HIV Epidemic, U=U and HIV pre-exposure prophylaxis (PrEP), most were excited to learn more, share with their congregations and even work directly with community health care providers. Many also said they’d like to be connected to people who could educate them about HIV rates in their communities so they could better counsel their congregations.

Only a minority of participants said they were already doing HIV education and testing at their churches. And others were already hosting general health fairs or provided transportation to community members who needed to get to doctors’ appointments.

As for the Ending the HIV Epidemic plan, clergy made nine suggestions for how they could be part of the initiative:

“I think too often, the church tries to spiritualize that which it doesn’t want to address or is afraid to address, so we’ll say, ‘That’s not the church’s responsibility,’” said one participant. “Christ’s ministry was holistic. He didn’t just address spiritual issues. He addressed sickness, he addressed poverty, he addressed inequity. We as pastors need to do the same. It’s not always comfortable or easy, but God didn’t give us an easy calling.”