From left: Edward Mawere, Leland Fowler and Jamyl Dobson in a New York production of “one in two.” Click to watch a scene. Courtesy of The New Group/Monique Carboni / Video: YouTube/TheNewGroupNYC

UPDATE: Black Gay Men and HIV Take the Virtual Center Stage in “one in two”

UPDATE: This article was originally posted December 20, 2019, when one in two was playing in New York City. On Saturday, June 27, 2020, at 8 p.m. Eastern time, Out of Hand Theater in Atlanta will co-produce a virtual reading of the play available to the public via Zoom. You can register here. Co-produced with Positive Impact Health Centers, The Counter Narrative Project, Kenny Leon’s True Colors Theatre Company and Out Front, this production takes place the last week of Pride month and on National HIV Testing Day.

One in two. It’s a statistic POZ readers know well: One in two gay Black men are expected to test positive for HIV in their lifetime. It’s also the title of a powerful off-Broadway play by Donja R. Love.

one in two follows three queer Black men—played by actors Jamyl Dobson, Leland Fowler and Edward Mawere—as they navigate life amid the epidemic. 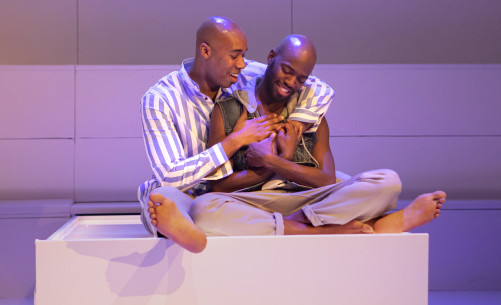 Early on, as the men stand on a bare stage, the audience is asked to clap to indicate which of the three should play the starring role of Number One, a man who tests HIV positive and has to deal with the ensuing isolation and stigma. (This structure also means all three actors must be able to perform all parts in the play.) Scenes take place in a waiting room, at a bar, at a support group and various other settings created on the minimalist stage. Watch a montage of scenes in the clip below.

The New York Times called the play “defiantly life-embracing” and “a call to action over what Love describes as a ‘hidden state of emergency’ in his own community.” Love knows a thing or two about living with HIV. He wrote the play, according to the Times report, nearly a decade after his own diagnosis at a time when he was so depressed he couldn’t get out of bed. 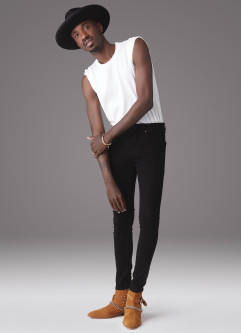 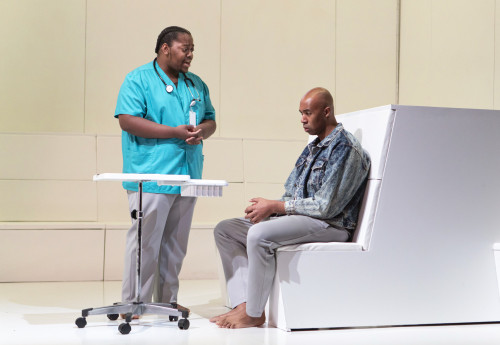 To learn more about HIV in the Black community, click #African American, and for more information about HIV risk see the POZ Basics on HIV Transmission and Risk.

And here’s one more scene from the play, plus an interview with actor Dobson: