Black Churches Join a “Gospel of AIDS” to Battle HIV

Faith leaders in Atlanta work with the AIDS Healthcare Foundation to offer testing and defeat stigma.

Several Black churches in Atlanta have partnered with the AIDS Healthcare Foundation (AHF) to step up their efforts to address the HIV epidemic, reports The Atlanta-Journal Constitution.

“Church leaders are getting tested from the pulpit, and there are ministries that help reduce the stigma and judgment,” W. Imara Canady, AHF’s national director of communications and community outreach, told the paper. “We have to recognize that, first and foremost, AIDS is not a gay disease but a disease that impacts all people, particularly people of color. We need to see the humanity and focus on combating the epidemic, whether it’s in a church, mosque, synagogue or any place of worship.”

Fulton County Commission Chairman Robb Pitts has encouraged faith leaders to speak about HIV on World AIDS Day, December 1, and to offer testing. “The main drive behind ‘The Gospel of AIDS’ is to engage our local churches and their leaders in the HIV/AIDS crisis,” Pitts said of the effort.

To that end, AHF has been providing testing through its mobile site—a black van emblazoned with the words Knockout HIV beside an image of a Black man boxing. 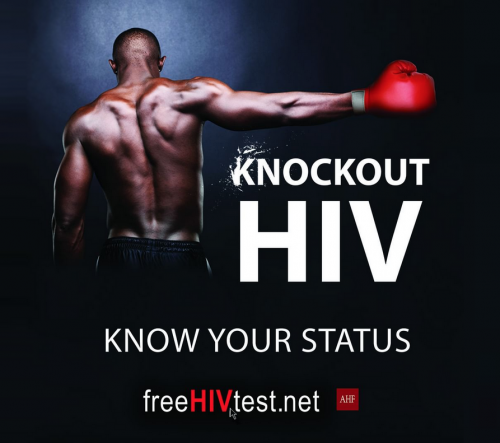 Tests will be offered at the megachurch Stonecrest during this year’s National Black HIV/AIDS Awareness Day (NBHAAD), observed Friday, February 7.

The Reverend Jamal Bryant, senior pastor of New Birth Missionary Baptist Church, told the paper that when he arrived at the church last year, the Centers for Disease Control and Prevention had announced that HIV rates in Atlanta rivaled those in the developing world.

In fact, it is estimated that one in two gay Black men will test positive for HIV in their lifetime.

Churches aren’t the only groups fighting the epidemic in Atlanta. A group of Black queer men is giving new meaning to HIV; the organization is profiled in the current issue of POZ in an article titled “He Is Valuable.”