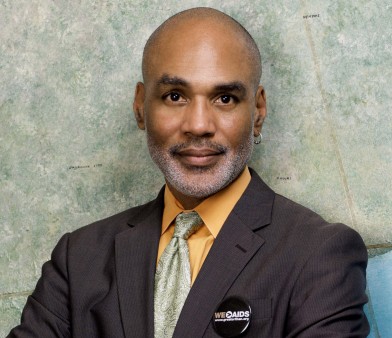 The change is one of many to mark a new direction at the organization.

Phill Wilson, the longtime president and CEO of the Black AIDS Institute, will retire from the organization he launched in 1999, according to a press release from the institute. Although the retirement is not immediate, the organization is now embarking on a national search for a new CEO.

Arriving a day before National Black HIV/AIDS Awareness Day (NBHAAD), held each February 7, the announcement is part of several changes within the Black AIDS Institute that are part of “a bold vision for the future.”

These include the addition of new staff and board members (David Cook, MD, of Novant Health, and David Munar, CEO, of Howard Brown Health), a recently redesigned website (BlackAIDS.org) and new partnerships and programs, such as the Black Hollywood Task Force on HIV and a Black PrEP clinic in Los Angeles. (The clinic will specialize in the HIV prevention pill Truvada as pre-exposure prophylaxis and will open on February 7).

Wilson launched the Black AIDS Institute with the goal of ending the epidemic within African-American communities by engaging its members and confronting HIV issues from an unapologetically Black viewpoint. The organization’s mantra was: “Our People, Our Problem, Our Solution.”

“In order for a movement to endure, there must be a plan for the future,” Wilson said in the press release. “Stepping down…is bittersweet for me. I have been involved in this fight for almost my entire adult life.

“We are at a turning point. Are we going to build on the remarkable advances we have made over the last decade and continue to push forward and finally end the HIV/AIDS epidemic, or are we going to go back to the dark days of despair and death?”

Wilson continued: “The Institute is committed to doing everything in its power to end the HIV/AIDS epidemic, especially in Black communities. The time is right. The organization has the infrastructure and capacity to do the changes set forth by the board to prepare for a new generation of capacity building, advocacy, mobilization and service delivery. I am very proud of the work we have done over the last 19 years and of the organization’s commitment to new leadership. That commitment is more important now than ever before.”

For more details about the organization’s history, its viewpoints and future endeavors, read the press statement here.