A U.S. appeals court has granted the state of Louisiana’s request to block the immediate release from prison of Albert Woodfox, the last of the so-called “Angola 3 inmates,” despite the fact that he has spent nearly four decades in solitary confinement for a now-overturned conviction and is suffering from heart disease, renal failure and hepatitis C virus (HCV), Al Jazeera America reports.

Woodfox, 68, is one of three African-American prisoners who gained international notoriety among human rights advocates for their long stays in isolation at the maximum security Louisiana State Penitentiary in the city of Angola.

Originally incarcerated on an armed robbery charge, Woodfox was convicted of murdering a white prison guard in 1972 and was held on “extended lockdown” in the facility for decades. Woodfox has maintained his innocence in the killing of the guard ever since, and his murder conviction was recently overturned for racial bias and juror misconduct.

As for the other members of the Angola 3, Herman Wallace, who spent nearly 42 years in solitary confinement, was freed in 2013 on the conditions of a re-trial, but died of liver cancer three days after he was released. Robert King was released from prison in 2001. All three men claimed they were unfairly targeted in their cases because they helped establish a Black Panther Party chapter at the prison in 1971 and helped organize demonstrations and strikes for prison reform.

U.S. District Judge James Brady had ordered the state to release Woodfox from prison immediately. However, the appellate court ordered that he be held until at least the last week of August, when another legal hearing is scheduled on his behalf.

Woodfox’s lawyers will continue to challenge Louisiana’s right to hold him, arguing he urgently needs medical care at a proper facility. 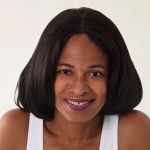