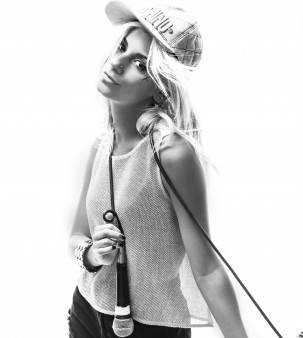 During some of her darkest moments, singer Jaclyn Miskanic, a.k.a. Jax, thought she’d never sing again. One of the top performers on American Idol’s 14th season, Miskanic recently revealed that she’s been secretly battling thyroid cancer. Doctors diagnosed the 20-year-old New Jersey native with a rare form of the condition called Hashimoto’s disease in April, after they found 18 tumors growing on her thyroid, Entertainment Weekly reports.

The thyroid is a small gland located at the front of the neck that helps regulate hormones throughout the body. Hashimoto’s disease, also called chronic lymphocytic thyroiditis, is a condition in which the immune system attacks this gland, causing inflammation and interfering with the body’s ability to produce thyroid hormones. Hashimoto’s disease is the most common cause of hypothyroidism, a disorder that causes many of the body’s functions to slow down. The condition also significantly increases a person’s risk of thyroid cancer.

In the days leading up to her diagnosis, Jax told reporters that she started experiencing symptoms early this spring before she was set to perform at a concert in New York City. The third place American Idol finalist reported mood swings, weight fluctuations and sleep problems in the midst of a national tour.

Soon after, Miskanic found a small lump on her throat. After visiting an emergency care clinic, doctors sent a biopsy of the 18 tumors they found to a local hospital. A few days after performing a show at Webster Hall, the star learned that 12 of these tumors were determined to be cancerous.

Jax has since had her thyroid removed and is now undergoing radiation therapy. Fortunately, if caught early, thyroid cancer is a treatable condition, and the singer says her doctors are “optimistic” about her chances for a full recovery. Miskanic said it’s been a process getting her voice back to where it was prior to surgery, but she’s happy to be singing again.