New guidelines assert that cervical cancer is best detected by a human papillomavirus test, but some groups disagree.

HPV, the virus that is the primary cause of cervical cancer, is often sexually transmitted. Though many strains are harmless, a dozen or so cause abnormal cell changes that can lead to the development of cancer in the cervix, which connects the vagina and the uterus.

According to the new guidelines, published in CA: A Cancer Journal for Clinicians, HPV testing every five years is better at detecting precancer or cancer than Pap testing every three years. In a press release that accompanied the new guidelines, the American Cancer Society (ACS) stated that “a negative HPV test is linked to a very low cervical cancer risk,” citing evidence that shows that “the HPV test is more accurate than the Pap test and can be done less often.”

In addition, the ACS now recommends that only women ages 25 through 65 should undergo cervical cancer screening. The previous set of guidelines, released in 2012, recommended that women ages 21 through 65 get a Pap smear every three years or get both a Pap smear and an HPV test—a practice known as “co-testing”—every five years.

“We estimate that compared with the currently recommended strategy of cytology (Pap testing) alone beginning at age 21 and switching to co-testing at age 30 years, starting with primary HPV testing at age 25 prevented 13% more cervical cancers and 7% more cervical cancer deaths,” said Debbie Saslow, PhD, the managing director of the ACS HPV and gynecological cancers division. “Our model showed we could do that with a 9% increase in follow-up procedures but with 45% fewer tests required overall.”

Some patient advocates, however, are skeptical of the ACS’s ability to deliver on its promise to simultaneously reduce the number of cervical cancer screenings performed per year and save more lives.

They point to data that question the accuracy of HPV testing as well as the fact that other well-known professional organizations—such as the American College of Obstetricians and Gynecologists (ACOG)—maintain that Pap testing every three years or co-testing every five years is the best way to ensure cervical health.

ACOG’s latest guidelines were last updated in November 2019, so it is possible that they may change when they are revised. “ACOG looks forward to comprehensively reviewing the ACS recommendations and the supporting evidence in order to determine whether a similar update to our clinical guidance document on cervical cancer screening is needed,” the organization said in a statement on July 30. “In the interim, ACOG affirms our current cervical cancer screening guidelines, which encompass all three cervical cancer screening strategies (high-risk human papillomavirus testing alone, cervical cytology alone and co-testing).”

To read about the evolution of cervical cancer screening from the 1970s to the modern day, click here.

To learn more about the benefits of getting vaccinated for HPV, click here.

The Pandemic Is Harming Women’s Health 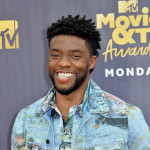