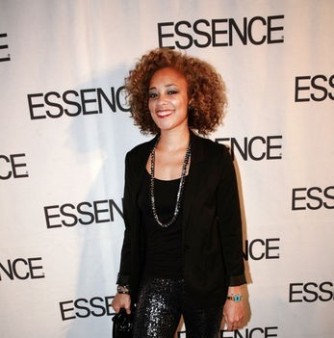 Why Amanda Seales Is Calling Out Big Tobacco

Comedian Amanda Seales is known for addressing serious topics in a humorous way. Seales recently filmed two commercials for truth’s #STOPPROFILING campaign, which officially kicked off during the 59th Grammy Awards. The purpose of the campaign is to inform the public that smoking tobacco is no longer just a public health issue, but also a social justice issue, according to a press release from truth.

In the first commercial, Seales revealed that the tobacco industry targets Black neighborhoods 10 times more than other communities. The second commercial showed how low-income neighborhoods are more likely to have tobacco retailers near schools. The staggering numbers are what prompted her to get involved, she said.

“I honestly was just generally frustrated at the continued efforts I feel like are put in place to harm the Black community,” Seales told Essence.com. “It was just another element that I honestly didn’t know about. It was very surprising that I didn’t know about it.”

Seales also stressed that information and education are especially important today because of the country’s current political state. “It is a necessity that people arm themselves with information in order to challenge these factors that are hoping to press them,” Seales said.

#STOPPROFILING is a part of truth’s Finish It campaign, which encourages young people to be the generation that ends smoking. “Today’s teens are a generation with an unyielding commitment to diversity, inclusivity and equality,” said Robin Koval, CEO and president of Truth Initiative, in truth’s press release. “It’s well documented that teens are passionate about social justice issues. By arming them with the facts about tobacco industry profiling tactics, we are empowering them to be the generation to end tobacco in every community nationwide.”

This is a message that Seales endorses and has committed to share with as many people as she can.

Click here to learn six things about smoking that you probably don’t know but should.