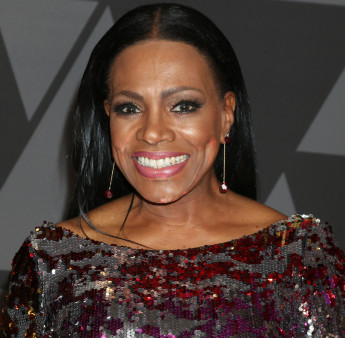 You may know her as the star of Dreamgirls, the 1981 smash Broadway hit. Or perhaps you recall her as TV sitcom stepmom Dee Mitchell, from Moesha. Or maybe your biggest impression is that she’s in the running for “the most fabulous AIDS diva ever to wear a red ribbon” (as she jokingly referred to her activism in a POZ profile from 2007).

But this week, many know Sheryl Lee Ralph as an honoree at McDonald’s annual 365 Black Awards. Held during the Essence Music Festival in New Orleans, the awards honored five Black women making a difference in the African-American community, reports Madamenoire.

Specifically, Ralph was recognized for her role in fighting the AIDS epidemic. In 1990, she founded the DIVA (Divinely Inspired Victoriously Aware) Foundation, which fights HIV stigma and raises awareness of the virus.

She’s been a tireless advocate for the cause. As the POZ 2007 profile “Call Me Miss Ralph” points out, her star-making role came in Dreamgirls (a musical loosely based on Diana Ross and the Supremes; Beyoncé played Ralph’s role in the film version). The show’s original run coincided with the early days of the epidemic, and Ralph estimates that by the time the show closed on Broadway, in 1985, it had lost a third of the cast and crew to AIDS.

While her early advocacy focused on fighting stigma faced by the gay white men in the crosshairs of the epidemic, Ralph’s efforts soon expanded to include others affected by the virus, notably African-American women.

According to Madamenoire, the five honorees at the McDonald’s 365 Black Awards were: